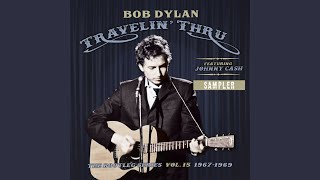 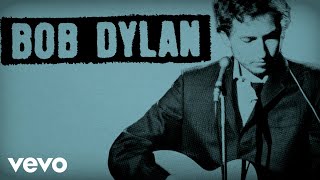 Audio Mixer: Steve Addabbo.
Liner Note Authors: Colin Escott; Ben Rollins; Rosanne Cash.
The 15th volume of Bob Dylan's Bootleg Series focuses on the recordings he made in Nashville in the waning years of the 1960s. There are outtakes from John Wesley Harding and Nashville Skyline, along with a pair of cuts from the Self Portrait sessions, but the fulcrum of the three-disc set is Dylan's sessions with Johnny Cash in February 1969. Some of this is due to pure scarcity. There weren't an extensive number of outtakes from the John Wesley Harding sessions, plus Dylan didn't play with his arrangements in the studio; the seven alternate takes from these sessions prove this point. Then, CBS Nashville wound up not paying the fee for a storage facility, so a number of Nashville Skyline sessions were lost. The outtakes that did survive are lively and friendly, accentuating the good humor that flows through the finished product, but they're so amiable, they're bound to be overshadowed by the disc and a half of Dylan and Cash running through their respective songbooks while supported by Carl Perkins, who was Johnny's guitarist at the time. The Dylan and Cash sessions happened as Bob was in the middle of recording Nashville Skyline, and it was possible that it was intended as the genesis of a duet album that never materialized. While "Girl from the North County" wound up kicking off Nashville Skyline, the rest of the recordings remained in the vaults, bootlegged heavily over the years before appearing in this official, complete form. The additional context of Travelin' Thru -- not just the alternate takes of disc one, but a joyous epilogue of a handful of tracks cut with bluegrass banjoist Earl Scruggs in early 1970 -- lends some gravity to the amiable, occasionally wobbly Dylan/Cash sessions. The looseness can be ascribed to two mutual admirers attempting to find common ground. The pair knew they shared a bond -- Cash patterned his "Understand Your Man" after Dylan's "Don't Think Twice, It's All Right," a connection made apparent when producer Bob Johnston had them sing the songs simultaneously, each sticking to their own lyrics -- but finding a groove takes time, and much of the appeal of Travelin' Thru lies in how the duo finally fall into step together. They start to move in the same direction by playing oldies from Elvis Presley, Carl Perkins, Jimmie Rodgers, and Cash himself, throwing in a few folk standards and Dylan originals -- including "Wanted Man," which Bob wrote for Johnny -- along the way. If the results aren't epochal, they're nevertheless illuminating, revealing how these two American icons shared the same musical vocabulary. ~ Stephen Thomas Erlewine

Bob Dylan
The Bootleg Series, Volume 12: The Best of the Cutting Edge...
$19
Add to Cart