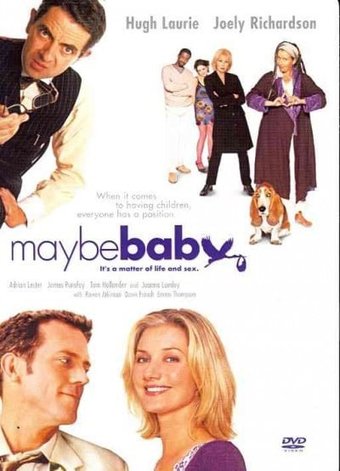 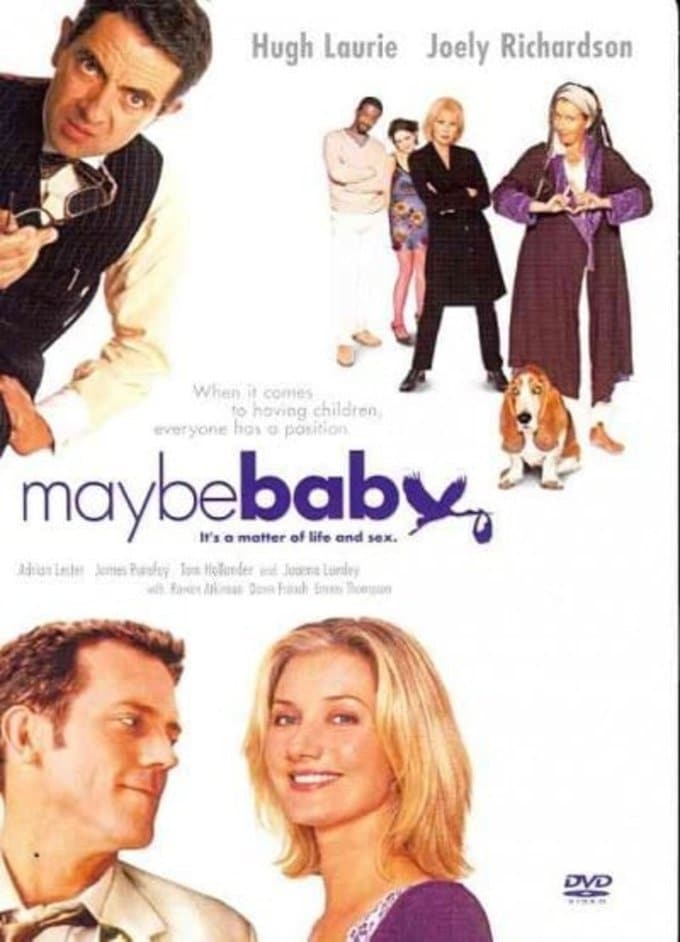 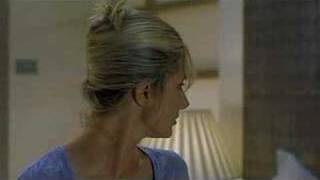 Novelist-playwright-comedian-screenwriter-television writer Ben Elton (THE YOUNG ONES, BLACKADDER) tries his busy hand at directing with MAYBE BABY, a short, sweet romantic comedy about a couple very much in love but having difficulty conceiving a child. Hugh Laurie (Sam) and Joely Richardson (Lucy) are perfect as the struggling couple. Sam works for the BBC, where his new young boss shoves mottoes and buzzwords down his employees' throats. (One of the best is "Stay on message.") Sam and Lucy try anything and everything to conceive, reading books, following quack advice, using special massage oils, and seeing doctor after doctor to determine what the problem is. An aspiring writer, Sam has been looking for just the right story. When he suggests to Lucy (who keeps track of all of her thoughts and emotions in her diary) that he write about their struggles trying to have a baby, Lucy is furious that he would even consider making light of their personal relationship. But when he goes ahead and does it anyway--without her knowledge--their love is tested in more ways than one. Elton's witty debut film also features small parts played by such British stars as Emma Thompson, Rowan Atkinson, Dawn French, and Joanna Lumley.

The Hand That Rocks the Cradle
$5.80 Super Savings
Add to Cart