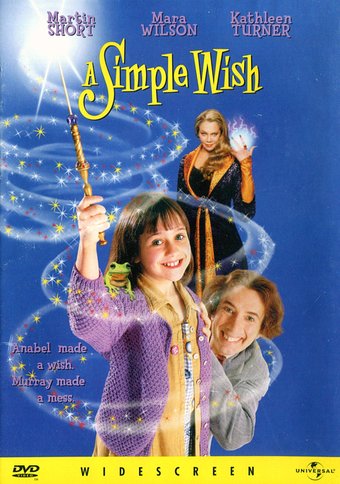 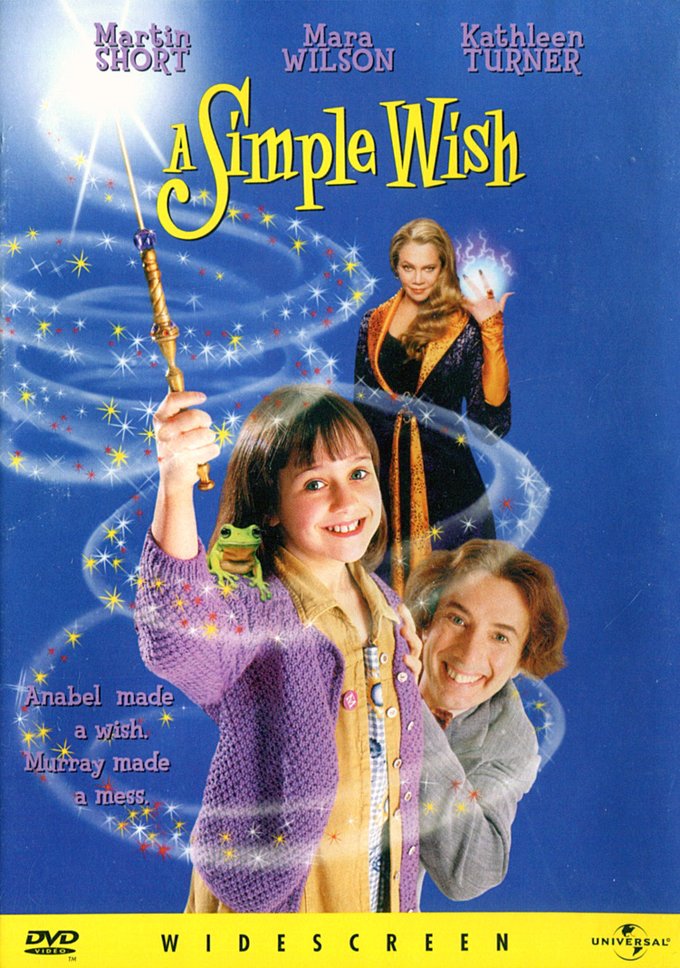 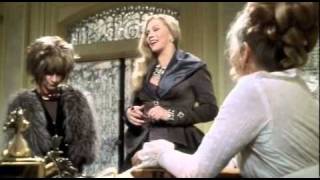 A SIMPLE WISH tells the sweet-natured story of Murray (Martin Short), a bumbling fairy godfather who has good intentions but not much else. Technically, Murray is a fairy godmother--the only male member of the North American Fairy Godmother Association. After barely passing his godmother's exam, he is sent to New York City to watch after Anabel (Mara Wilson), a young girl who wishes that her father, Oliver (Robert Pastorelli), will land a part in a Broadway musical, so that the family won't have to move to Nebraska. But when the district's previous godmother, a nefarious spellcaster named Claudia (Kathleen Turner), arrives with her wacky sidekick, Boots (Amanda Plummer), her plans to cripple Murray and Anabel's magical association and monopolize the wish market wreak havoc on the already unstable Murray. It's up to Murray and Anabel to pool their resources and get rid of Claudia and Boots once and for all.

Director Michael Ritchie (THE BAD NEWS BEARS, THE GOLDEN CHILD) turns the fairytale knob up a notch with A SIMPLE WISH, also taking the time to poke fun at Broadway musicals. Featuring spectacular special effects and an extremely engaging performance by Wilson (MATILDA), this is a children's fable with a fresh twist.

In Michael Ritchie's A SIMPLE WISH, a bumbling fairy godfather tries to do good for a young girl who wishes for her father to get a part in a Broadway musical. But helping the girl isn't so easy when a previous godmother, a mischievious witch, shows up to cause trouble.