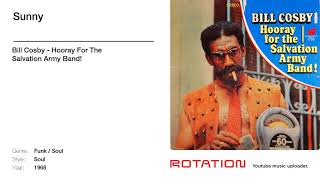 Though this could be labeled a comedy album, Bill Cosby's Hooray for the Salvation Army Band! exposes some truly unique talent for singing on tracks such as "Sunny" and "Ursalena." Originally released by Warner Bros. in 1968, this album charted in the Top 75 on both Billboard's Black Albums and Pop Albums charts.

William DeVaughn
Be Thankful For What You've Got - A Golden Classics Ed. (CD-R)
$12.68 on Sale
Add to Cart

25%off
The Surf City Allstars
Acoustic Vibrations (CD)
$5.98 on Sale
Add to Cart