Get email alerts for People's Choice
7 ratings
Available: Usually ships in 2-5 business days
Add to Cart
Add to Wishlist
Format:  CD
item number:  COL 5818
Related products:
Usher: Confessions [Special Edition] for $8.20
The Best of Brick for $5.40
People's Choice: I Likes To Do It (Funkadelphia, Volume 1) for $14.95
91% recommend us! 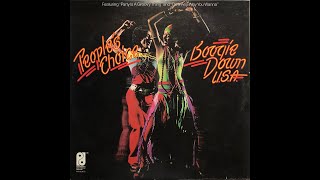 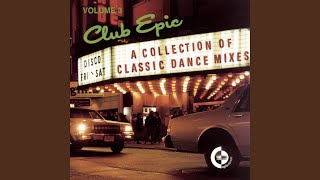 Do It Any Way You Wanna (Music Video)

Formed in Philadelphia in the early '70s, People's Choice were one of the cornerstones of Gamble and Huff's TSOP records. The group had their biggest hit in 1975 with "Do It Any Way You Wanna", which is considered to be one great example of mid-'70s Philly dance music. Equally known for their instrumentals as for their vocals, this collection features them at their funky finest.

People's Choice: Frankie Brunson (vocals, piano, organ); Roger Andrews (bass); Dave Thompson (drums); Stanley Burton, Leon Lee (congas).
Liner Note Author: Mark Marymont.
Golden Classics isn't so much a greatest-hits collection as it is a repackaging of People's Choice's first album for Philadelphia International, with a few B-sides thrown in for good measure. That album, 1975's Boogie Down U.S.A., recast the sometimes-gritty funk group in the Gamble & Huff mold, featuring a four-on-the-floor pulse and an overall smoother production. Joined here by members of MFSB, it's not surprising that they sound like a tougher version of that group on their crossover pop and R&B hit "Do It Any Way You Wanna." The studio gloss sometimes works against the gruff voice of Frankie Brunson, but ultimately prevails on instrumentals like "Boogie Down USA" and minimal vocal tracks with the lyric reduced to a basic chant, like "Party Is a Groovy Thing." Certainly the strongest album of People's Choice, and as such, the best place to start listening. ~ Wade Kergan

67%off
The Escorts
All We Need Is Another Chance - Golden Classics, Part One (CD)
$4.98 on Sale
Add to Cart