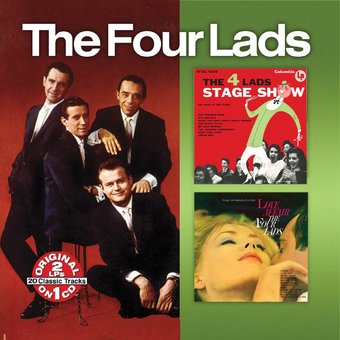 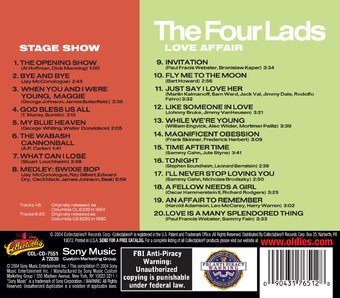 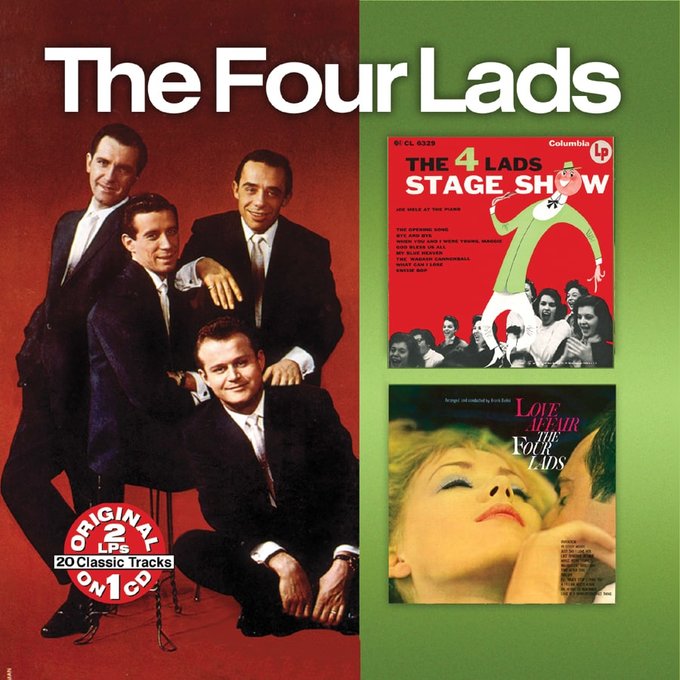 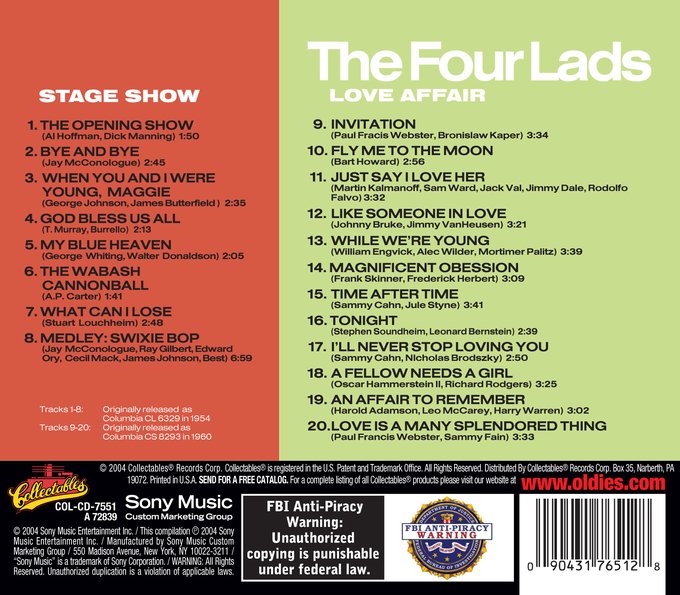 This reissue contains the Four Lads' albums "Love Affair" and "Stage Show," originally released by Columbia in 1954 and 1960, respectively.

2 LPs on 1 CD: STAGE SHOW (1954)/LOVE AFFAIR (1960).
This two-fer CD combines the Four Lads' 1954 album, Stage Show, with Love Affair, released six years later. These LPs were originally issued on Columbia and had been out of print until being reissued in 2004 on Collectables. This close harmony vocal set includes pleasant interpretations of standards including "Fly Me to the Moon," "Like Someone in Love," "Time After Time," and "Love Is a Many Splendored Thing." While Stage Show is a short program, it contains the highlight of this disc, "Swixie Bop," a medley that clips along for seven minutes featuring snippets of "Nobody Knows the Trouble I've Seen," "Wa-Ha," "Frankie and Johnny," "Muskat Ramble," "Charleston," "Little Brown Jug," "More," and "This Is the Music We Love." Those who appreciate easy listening music with beautiful harmonies will find this a welcome addition to their collections. ~ Al Campbell