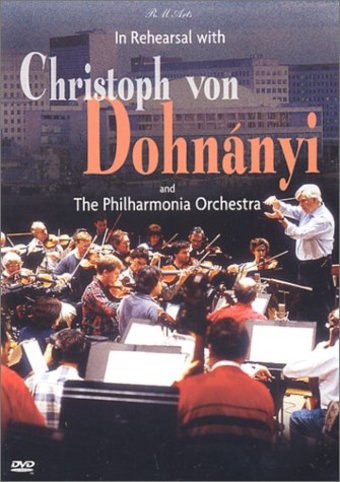 The internationally lauded conductor Christoph von Dohnanyi teams up with an equally renowned orchestra, the Philharmonia, for a stellar performance of SYMPHONY NO. 88 in G by Haydn. IN REHEARSAL goes behind-the-scenes at the symphony hall to get to the bottom of all the work that goes into preparing a worthy classical performance. Special attention is paid to the delicate process of forming a healthy and productive relationship between one conductor and a whole huge orchestra.

A highly acclaimed conductor, Christoph Von Dohnanyi, joins one of the world's great orchestras, the Philharmonia, for a performance of Haydn's "Symphony No. 88 in G." This "In Rehearsal" program allows cameras to witness the process of development of a new relationship between an orchestra and its Music Director.

J. Haydn
A Biography in Words and Music
$3.98 CYBER WEEK
Add to Cart