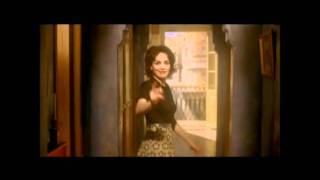 Sharon Stone (BASIC INSTINCT, COLD CREEK MANOR) stars as American war correspondent Sally Tyler, sent to cover the military campaign in Beirut during the height of the cold war. There, she meets Leo Cauffield (Rupert Everett, STAGE BEAUTY, MY BEST FRIEND'S WEDDING), a British intelligence agent with whom she falls passionately in love. The two get married, but their domestic bliss is shattered when Leo suddenly disappears. Sally's desperate struggle to find him reveals some shocking revelations about his past that she had never suspected. Following the trail of clues to the Soviet Union, Sally's quest takes her behind the Iron Curtain and directly into the sights of the KGB. The CIA and the British government are also in hot pursuit, and Sally's loyalty to her husband and family are tested as she enters a dangerous game of cat and mouse.

The Shape of Water
$8.70 Super Savings
Add to Cart