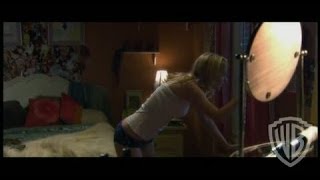 This dark comedy about a serial killer stalking a typical suburb is a cynical take on both American culture and family dynamics. When a young girl is taken prisoner by a sadistic killer, she uses her wits to escape. But her freedom is just the beginning of the gruesome, and oddly hilarious, downward spiral her family takes when they decide to get even with her abductor. It's a twisted ride that will leave audiences torn between laughing and covering their eyes.

OTIS is a story of suburban America gone haywire. In the midst of a serial abductor/killer's rampage, a beautiful young teen, Riley Lawson (Ashley Johnson), goes missing. When her desperate parents, Will and Kate (Daniel Stern and Illeana Douglas), are contacted by her kidnapper, an insufferable FBI Special Agent (Jere Burns) takes charge of the case.
But, from deep within the psychopathic subterranean world created by Otis (Bostin Christopher), Riley turns the tables on her tormentor, manages to escape and to contact her parents. Fed up with the tragi- comic inability of the FBI to find their girl, Will, Kate and Riley's brother, Reed (Jared Kusnitz), decide to take matters - and justice - into their own hands. But when Otis brother, Elmo (Kevin Pollak), shows up unexpectedly, the Lawsons find themselves mired in one of the more unusual and macabre consequences of vigilantism.
Far from proclaiming ‘Mission Accomplished,' the backed-in-a-corner Lawsons will further complicate their already deadly predicament with a surprising, unfortunate and frankly hilarious final choice.