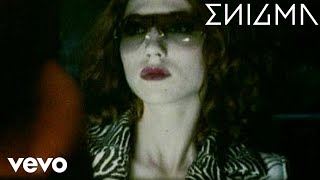 Enigma: Ruth-Ann, Andru Donalds, Michael Cretu, Sandra Cretu.
Recorded at A.R.T. Studios, Ibiza, Spain.
In 1991, if any musical artist seemed a candidate for one-hit wonder status, it was Enigma. Not that "Sadeness Part 1" displayed any lack for talent, but the hit was certainly unusual. Worthy of his nom du disc, Michael Cretu released the bizarre, sexually charged Gregorian chant-driven New Age dance song under veils of mystery. Journalists speculated about his identity, as the song ignited controversy in country after country, topping the charts in most of them and going into top 5 in the United States.
Enigma has proven to be enduring and deservedly so, as his odd hybrid concoctions are simultaneously inventive and engagingly poppy. The fifth album, VOYAGEUR, finds Cretu continuing this tradition, bringing together elements of world, electronica, house, and New Age, rarely slipping into cliches of any genre. Ruth-Ann from Olive contributes vocals on the infectious dance-floor number "Boum Boum," which is followed by the artful classical-meets-Peter Gabriel "Total Eclipse of the Moon," with Cretu's now-familiar voice handling the vocal duties. Never faltering into sameness, VOYAGEUR shows why Enigma has become a reliable listen in an ever-changing musical world.

Oneohtrix Point Never
Age Of
$20.95 on Sale
Add to Cart

Julia Holter
Have You In My Wilderness
$19
Add to Cart