Enigma The Fall of a Rebel Angel

Get email alerts for Enigma
Currently Out of Stock: We'll get more as soon as possible
Notify Me When Available
Add to Wishlist
Format:  CD
sku:  6D7RC
Related products:
Deep Forest: Made In Japan for $11.98
92% recommend us! 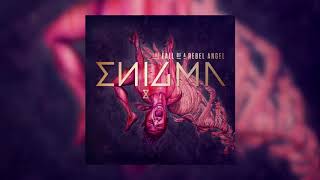 Enigma The fall Of A Rebel Angel (Music Video)

2016 release. Over 25 years since the release of the ground-breaking debut Enigma album, MCMXC A.D., Michael Cretu - the founder of this genre-defying act, and it's composer and producer - releases The Fall Of A Rebel Angel. The musical act, known globally as Enigma, has proved one of the most successful of the last quarter-century, delivering more than 70 million sales across seven albums, many #1 albums around the world, and in excess of 100 platinum awards.