Get email alerts for Enigma
160 ratings
Available: Usually ships in 3-5 business days
Only 10 copies left
Add to Cart
Add to Wishlist
Format:  CD
sku:  GQK7
Related products:
Enigma: The Screen Behind the Mirror for $13.60
Enigma: The Fall of a Rebel Angel [Bonus Track] (2-CD) for $26.70
Our customers love us! 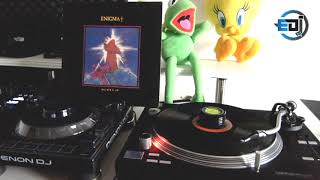 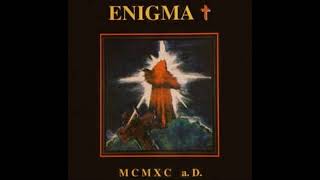 Musician - 4/91
"...up-to-date and audacious....a high art/high camp concept unlike anything else...a bit of everything; heavy breathing, hip-hop beats, new age keyboards, even Gregorian chants....the album's giddiest moments belong to the adorably operatic 'Callas Went Away.'"
New York Times (Publisher) - 2/6/91
"The studio group...expands the texture and mood of European dance music with a blend of elements including Gregorian chants and a range of electronic sounds that are warmer than those usually found in contemporary dance music."

Enigma includes: Michael "Curly M.C." Cretu, David Fairstein.
Personnel: David Fairstein, Curly M.C. , Frank Gregorian (vocals).
"Good evening. This is the voice of Enigma. In the next hour we will take you with us into another world, into the world of music, spirit and meditation. Turn off the lights, take a deep breath and relax." So begins the experience of MCMXC A.D. The soft female voice with a beckoning European accent amidst an ethereal backdrop of harmonic soundscapes is followed by Gregorian chanting, and, finally, the beat. "Start to move slowly. Very slowly. Let the rhythm be your guiding light."
Perhaps this is what a techno artist would create to incite monks to dance: innocent grooves, sacred texts. Until, there enters another breathy, sensual woman with sultry French talk. By now there's a compelling dance groove, which builds for a few minutes, then finally plateaus into a space filled with dripping sounds where the beat is kept afloat by the rhythmic panting of our seductress. Gradually this grows as more instruments are added, and she continues, this time in English, with "The Principles Of Lust." Finally the panting becomes erratic, the Monks sing backwards, and Enigma has another fan.

Oneohtrix Point Never
Age Of
$20.95 on Sale
Add to Cart