Get email alerts for Chicago
Currently Out of Stock: We'll get more as soon as possible
Notify Me When Available
Add to Wishlist
Format:  CD
item number:  ZABI 00062
91% recommend us! 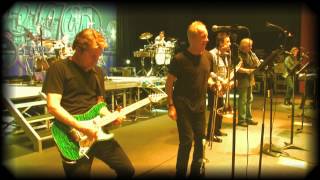 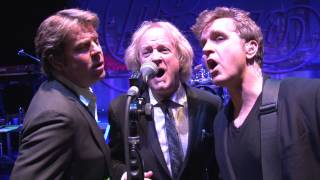 Forty-five years into the band's career, the seemingly straightforward numerical system Chicago follow to title their albums has gotten confusing. Their 2014 offering Now: Chicago XXXVI is clearly their 36th record but it is only their 23rd studio album and, to muddle matters more, it is their first collection of brand-new original material since Chicago XXX in 2006 (the 2008 release of Chicago XXXII: Stone of Sisyphus doesn't really count, as that was initially scheduled for release in 1994, which would've made it Chicago XXII or so). Hence, the decision to put "Now" in front of Chicago XXXVI instead of behind: it emphasizes that this record showcases the band in the present, not the past. That Chicago's Now sounds tethered to the Chicago of the early '80s is neither here nor there. At this point, Chicago exist within their own universe, something made plain by the construction of Now, where each songwriter within Chicago acted as producer on his own tracks. Far from sounding disparate, Now is united in sound and sensibility, anchored upon the splashy horn-fueled jazz-pop they pioneered in the '70s but usually returning to the slick professional adult contemporary of the '80s, the music they made just before and just after Peter Cetera left. A few signifiers of the 2010s are peppered throughout the record -- there's the untrammeled patriotism of "America" ("America is free/America is you and me") and the murky protest politics of "Naked in the Garden of Allah," which is set to a spooky synth beat straight out of Knight Rider -- and there's a digital crispness that can't be denied but, apart from that, these songs would've sounded at home in 1982 or 1983. While this would seem like it might be a step backward -- after all, Chicago XXX was indebted to the early '90s -- the songs here flow naturally. They're big, smooth, cheerful, and bright, emphasizing melody over instrumental interplay, explicitly evoking the past without re-creating it and, in 2014, that is likely what most Chicago fans would want. ~ Stephen Thomas Erlewine

Hot
Chicago
Christmas: What's It Gonna Be Santa
$6.98 on Sale
Add to Cart