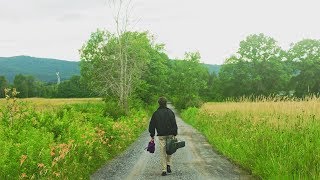 Paste (magazine) - "[A] compelling effort, a bit more ragtag and subdued than previous albums, and in its own way, a bit more intimate as well....The anthemic thrust of earlier efforts is tempered by subtlety and constraint."

Personnel: Patrick Stickles (vocals, electric guitar, harmonica, percussion); R.J. Gordon (vocals, bass guitar); Kevin McMahon (vocals, percussion); Daniel Miller , Stella McMahon, Sean Heaney, Neve Parker, Janelle Miller, Cary Kehayan (vocals); Liam Betson (electric guitar); Dan McGee (wah-wah guitar); Jane Scarpantoni (cello); Ryan Weisheit (clarinet, bass clarinet, tenor saxophone, bass saxophone); Alexander Molini (clarinet, piano, electric piano, Fender Rhodes piano, Clavinet); Michael Gagliardi (alto saxophone); Carter Yasutake (trumpet); Rick Steff (grand piano, Wurlitzer piano, Hammond b-3 organ); Chris Wilson (drum set, congas, bells); Ian Dykstra (bells).
Audio Mixer: Kevin McMahon.
Recording information: Marcata Recording, New Paltz, NY; Sam Phillips Recording Service, Memphis, TN.
Director: Patrick Stickles.
Editor: Patrick Stickles.
Photographer: Ray Concepcion.
Patrick Stickles, the founder and leader of Titus Andronicus, is a proud son of the state of New Jersey, and like a sizable majority of Garden State natives, he swears fealty to Bruce Springsteen. Titus Andronicus managed to find room to air their Springsteen influences in their previous work, especially on their sprawling 2015 rock opera The Most Lamentable Tragedy, so it's no great shock that when Stickles was looking to take a creative left turn, he would look to the Boss for inspiration. Stickles sets aside his group's usual sound and approach for 2018's A Productive Cough; instead of being built around a taut rock band, these seven songs find Stickles surrounding himself with a gang of 21 musicians and vocalists, complete with horns, keyboards, cello, and massed vocals. This unruly but gifted mob gives the music a swaying, beer-addled stomp that sounds more than a bit like a barroom singalong just before last call. If A Productive Cough resembles anything, it's Springsteen's We Shall Overcome: The Seeger Sessions, the 2006 album where he generated a boisterous, lively sound from a similar mob of singers and players as they tackled a fistful of songs associated with Pete Seeger. As you've probably figured out by now, A Productive Cough doesn't sound that much like Titus Andronicus as we've come to know them, but there's more than a bit of their feel in these songs, where Stickles is still loudly contemplating his virtues and failings along with those of the world around him, and writing and singing with uncommon passion and clarity. Anyone who has the gall to rewrite "Like a Rolling Stone" and the talent and heart to make it work is clearly no ordinary punk, and if there's a need for a singalong anthem for the Trump era, "Real Talk" could fit the bill beautifully. And if the collective voice of Stickles and his collaborators doesn't always sound like rock & roll, it rocks regardless. If you're fond of the notion of rock & roll as folk music, A Productive Cough is something you'll want to hear, an album that captures the roar of the masses in an unexpected way, and if you've loved the songs of Titus Andronicus as much as their music, you'll find this isn't quite so different as you might think. ~ Mark Deming

The Hold Steady
Thrashing Thru the Passion
$12.70 CD Sale
Add to Cart