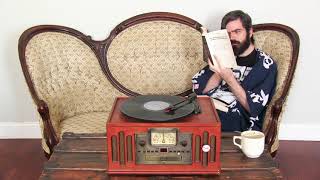 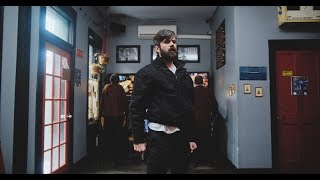 Recording information: Electrical Audio, Chicago, IL.
Titus Andronicus have been a great rock & roll band since they debuted in 2008 with The Airing of Grievances, but that never seemed to be enough for the group's leader, Patrick Stickles. Determined to cram as many influences and stylistic twists onto their roaring attack (and as many literary references into their lyrics) as humanly possible, it seemed like Stickles desperately wanted to prove they were more than a bunch of punks from New Jersey. After the larger-than-average concept album of 2010's The Monitor and the stuffed-to-bursting rock opera of 2015's The Most Lamentable Tragedy, Stickles' ambitions seemed bigger than rock itself, and with 2018's A Productive Cough, he turned away from rock into a boozy brand of folk music with none of his previous bandmates on board. In the wake of all that, 2019's An Obelisk is a surprise, and a fun one -- it's a stripped-to-the-frame exercise in fast, loud punk rock, full of straightforward guitar raunch, throbbing bass, furious drumming, and smart but unpretentious howling. Bob Mould produced An Obelisk, and he seems to have passed the lessons of his albums Silver Age and Patch the Sky along to Titus Andronicus. On those sets, Mould returned to the physical strength and focus of his seminal work with H?sker D? and Sugar after years of creative wanderlust, and here Stickles and his bandmates (Liam Betson on guitar, R.J. Gordon on bass, and Chris Wilson on drums) tear into their songs with a no-nonsense fury and muscle that outstrips any of their previous work. As a lyricist, Stickles is as clever and articulate as ever on this material, but he's moved away from the narrative through-line and character development of his conceptual works and instead delivers his messages succinctly in a passionate bleat. Though there's enough melodic variety to make clear this is Titus Andronicus, the first directive here was clearly to rock, and this is streamlined and efficient (running a mere 38 minutes) in a brand-new way for these folks. The best moments on An Obelisk are stirringly anthemic but with no excess baggage, and the energy and spirit of this music is honestly liberating. A fair analogy would be if the Clash had started with London Calling and then veered into the sound of their debut LP, but that might suggest this album is regressive, and it's not. It simply finds Stickles and his crew moving from one position of strength to another, and it's as bold and exciting as anything they've delivered so far. ~ Mark Deming

Together Pangea
Bulls And Roosters
$12.70 CD Sale
Add to Cart