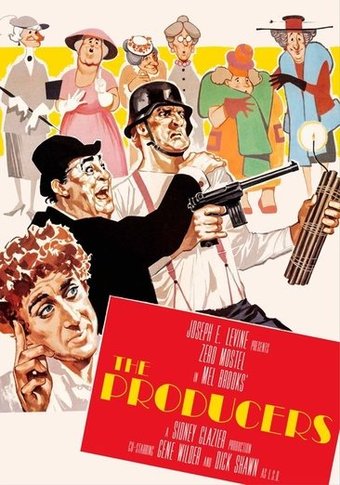 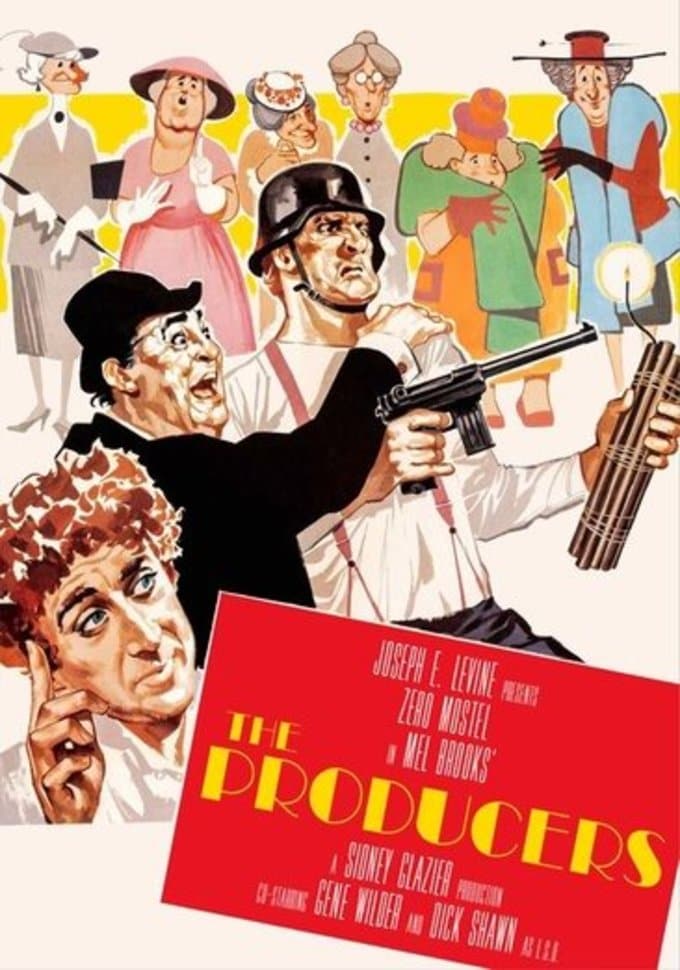 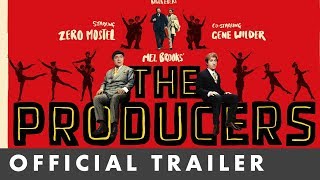 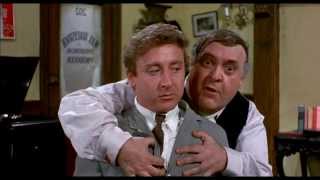 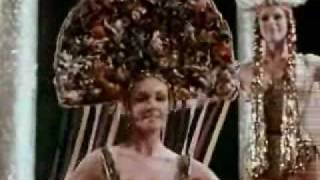 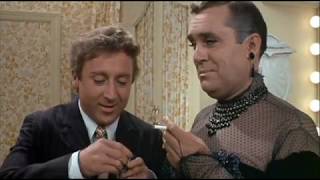 "You know who I used to be' Max Bialystock, king of Broadway. Six shows running at once! Lunch at Delmonico's, two-hundred-dollar suits...Look at me now. Look at me now! I'm wearing a cardboard belt! I used to have thousands of investors begging, pleading to put their money in a Max Bialystock production. Look at my investors now...Hundreds of little old ladies stopping off at Max Bialystock's office to grab a last thrill on the way to the cemetery."
- Max Bialystock (Zero Mostel) to Leo Bloom (Gene Wilder)
"Don't be stupid, be a smarty. Come and join the Nazi Party."
- lyrics from the opening number of SPRINGTIME FOR HITLER
"That's our Hitler!"
- Bialystock after seeing L.S.D.'s (Dick Shawn) audition for SPRINGTIME FOR HITLER

What do a down-and-out Broadway producer, his anxiety-attack-prone accountant, a go-go dancing Swedish secretary, and a Nazi playwright have in common' They're all part of Mel Brooks's wild and wacky first film, THE PRODUCERS. In this hysterical farce, rapacious but lovable producer Max Bialystock (Zero Mostel) hasn't had a hit in years and resorts to fulfilling sexually crazed little old ladies' fantasies for extra cash. But when he meets his new meek, neurotic accountant, Leo Bloom (Gene Wilder), the two accidentally come up with a plot to oversell shares in a surefire flop musical and make off with the profits. The plan sends the new partners-in-crime on a search for the worst play ever: SPRINGTIME FOR HITLER, written by an ex-Nazi (Kenneth Mars) whose only friends are the filthy city pigeons he keeps on his roof.

Inspired, manic performances by all involved, along with Brooks's lively direction--which affectionately alludes to such MGM Golden Age musicals as SINGIN' IN THE RAIN--make THE PRODUCERS both referential and highly original as it moves along swiftly to the ultimate musical climax.

THE PRODUCERS is a wacked-out comedy classic about a rapacious Broadway producer who plans to stage a guaranteed flop--and then pocket the backers' money when the production fails. There's one thing the partners didn't count on, though: the play becoming a runaway hit.