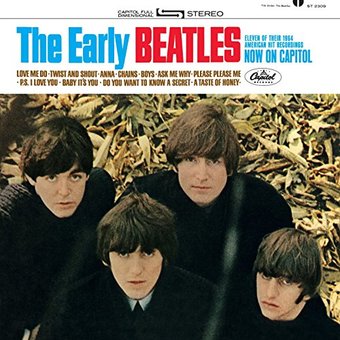 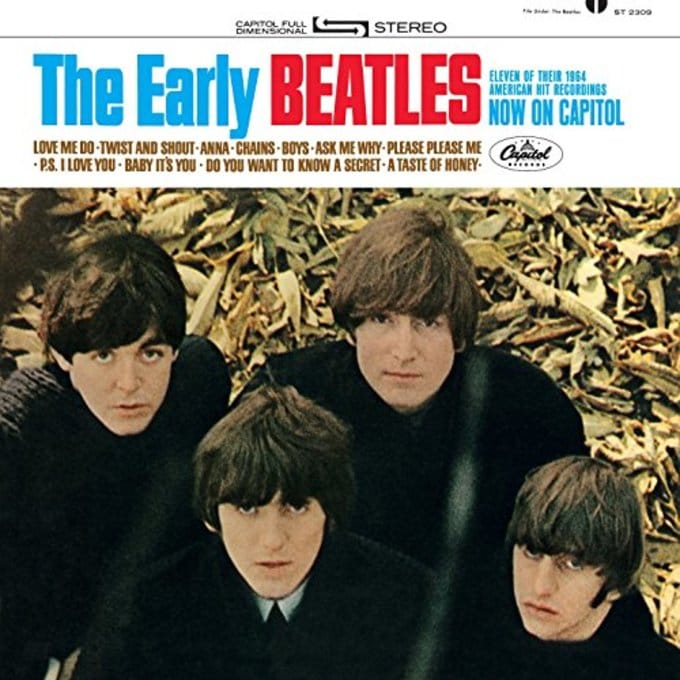 The Early Beatles does not represent its songs in the sequence -- or in their exact content -- that its makers intended; not by a long shot. That said, this is also the way that tens of millions of listeners in the U.S. did hear this material between 1965 and 1983. And of course, any means by which one gets to hear 11 1963-vintage tracks by the Beatles is OK. Whatever particular order or specifics of the songs, the listening experience will stack up well against any other 11 songs by anybody else who was walking around back then. So this record still rates high, though not as high as it might, because it isn't the ideal format for the music. By way of explanation, when the Beatles' earliest recordings for EMI's Parlophone Records in England were originally offered to Capitol Records -- EMI's American outlet -- in 1963, there was no interest, based on the poor performance of virtually any British rock & roll on the American charts up to that time. Instead, EMI signed licensing agreements for those early singles with the Chicago-based VeeJay Records, who were willing to take a chance and ended up doing very well with these songs, once the group broke through in America at the end of 1963 and the beginning of 1964. Capitol Records found the 13 early sides in question out of reach legally, thanks to those licenses. Cut to early 1965 and the end of those licensing agreements -- Capitol was now entitled to release them in the U.S. and assembled The Early Beatles, which proclaimed: "11 of their hit 1964 recordings NOW ON CAPITOL" on the front cover, overlooking the fact that everything here was from 1963 (or, in the case of "Love Me Do" and "P.S. I Love You," from 1962), and using a group shot from 1965, which showed the four bandmembers looking surprisingly serious (especially Ringo) -- or is it just some weariness in their eyes?
There was no weariness on the record, however, which -- capturing moments from two years earlier -- encompasses 11 of the most unabashedly joyous examples of music-making that anyone had ever heard. Any similarity between The Early Beatles and Parlophone's Please Please Me album or VeeJay's Introducing...The Beatles is not only understandable but unavoidable, as all three albums were constructed from essentially the same core body of songs -- The Early Beatles, however, has only 11 tracks, while Please Please Me boasted 14 and Introducing...The Beatles had 12. What is here, however, is as beautiful as one remembers it from 1964, if you were lucky enough to be around for it, and still makes a great discovery process 45 years later, though there are differences. Instead of Please Please Me's shattering rendition of "Twist and Shout," this album finishes with "Do You Want to Know a Secret," a John Lennon-Paul McCartney song given to George Harrison to sing, on which he acquits himself in a raw, honest performance, not as smooth as the Billy J. Kramer hit rendition but more memorable in the long run, precisely for its vocal flaws. It might not be as effective a closer, but it is a finale that works, and "Twist and Shout" doesn't come off badly -- if not given maximum impact -- sandwiched between "Love Me Do" and "Anna."
Indeed, listening to this material anew as part of the 2006 Capitol Albums, Vol. 2, it becomes clear that any way one slices this material up, it works, as it represents the Beatles at a point when they not only loved the sheer act of making music, but confronted the nightly reality that they had to win over listeners each time out, or lose their livelihood. As to the "lost" tracks (two of which were missing in action in the U.S. until the 1980s), they were "I Saw Her Standing There," which had been rescued by Capitol in early 1964 for use on the U.S. album Meet the Beatles! and the B-side of "I Want to Hold Your Hand," "There's a Place," and "Misery." "There's a Place" was a jewel of a beat ballad, and "Misery" was an odd, downbeat lament with beautiful harmonies and some of George Martin's most prominent contribution on piano to any Beatles record. In the end, it's best to go to the U.K. version of this material, Please Please Me, but The Early Beatles is a decent substitute, this despite some excess reverb added by American compiler Dave Dexter, Jr. In fact, its most useful function, beyond just listening to it with delight, might be to pair it with Please Please Me and see the differences in how Americans and Britons discovered these songs. ~ Bruce Eder

43%off
The Beatles
Beatles on Apple: Magnet
$3.98 Super Savings
Add to Cart

53%off
The Beatles / Elvis Presley
Legends of Rock and Roll: The Beatles Explosion / Elvis...
$6.98 on Sale
Add to Cart