Get email alerts for Frank Frost
Available: Usually ships in 2-5 business days
Add to Cart
Add to Wishlist
Format:  CD
item number:  COL 5921
Products with a similar style:
Little Milton: Friend of Mine (CD) $5.98
Little Milton: Me For You, You For Me (CD) $8.98
Related products:
Albert Collins: Ice Pickin' for $17.20
Our customers love us! 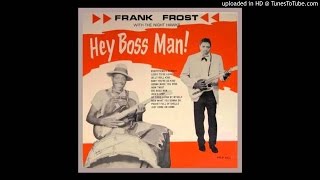 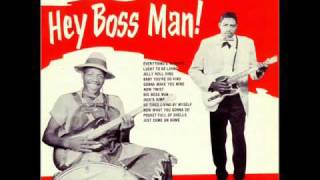 Frank Frost began his career when he learned to play the harmonica from the great Sonny Boy Williamson. Later he developed into a multi-instrumentalist, playing not only the harp but also the guitar and piano. This compact disc contains Sun Records Recordings album originally released in 1962.

Full title: Big Boss Man: The Very Best Of Frank Frost.
Liner Note Author: Mark Marymont.
Delta harmonica man Frank Frost hooked up with longtime friend and drummer Sam Carr (the son of blues legend Robert Nighthawk) and guitarist Big Jack Johnson in 1962 to form a stripped-down blues trio that came to be known as the Nighthawks. Sam Phillips of Sun Records almost immediately whisked them into the recording studio, and the result was a single and an album, Hey Boss Man!, released on the newly created Phillips International imprint. The recordings collected here are those sessions, and they feature a lean, ragged blues approach that adapts the Chicago sound back into a Delta format. The easy, natural roll of songs like "Big Boss Man," "Jelly Roll King" (essentially "Big Boss Man" in new clothes), "Pocket Full of Shells," and the classic, delightful instrumental "Jack's Jump" form the swampy template that the group would follow in their later incarnation as the Jelly Roll Kings. ~ Steve Leggett