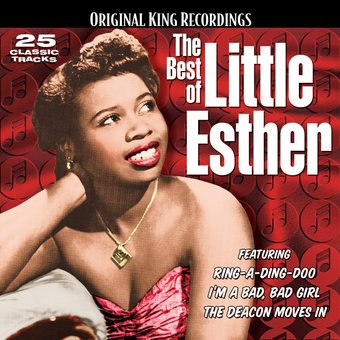 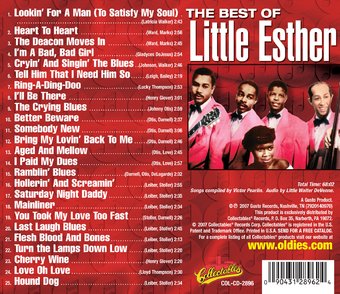 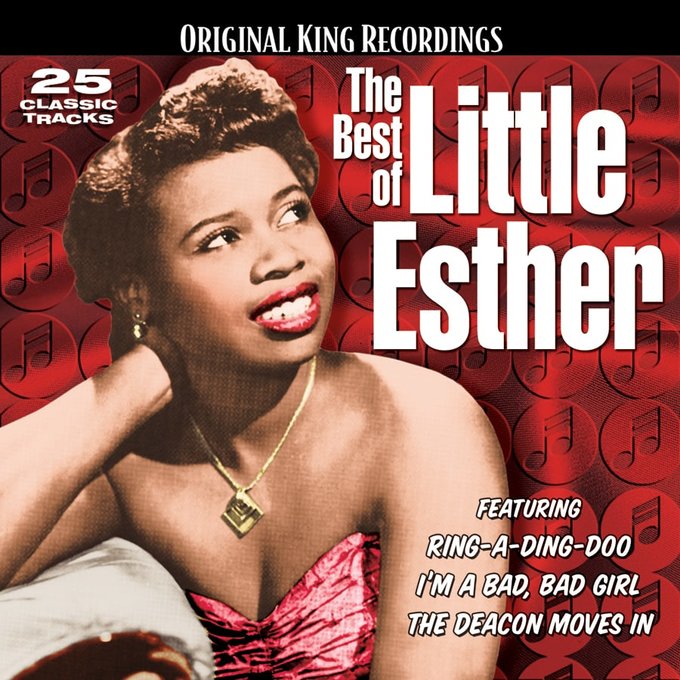 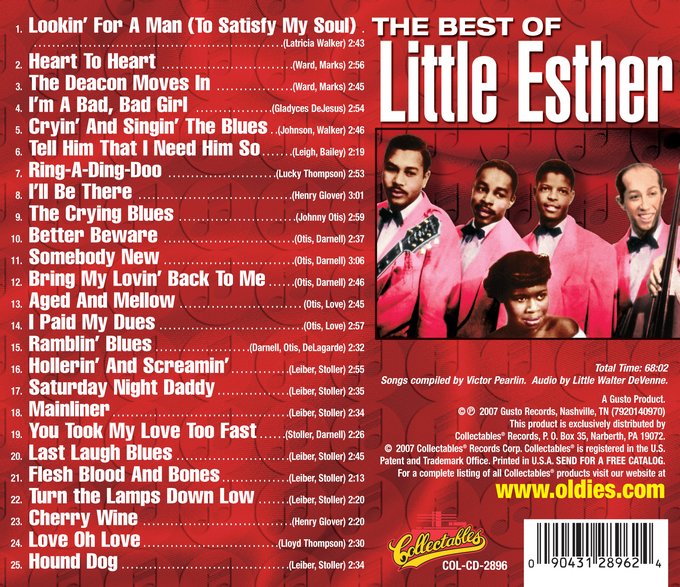 A recording star at the tender age of fifteen, Esther Mae Jones lived a stormy life, like many other musicians of her generation. Her introduction to music came in the church. She began recording for King Records in 1951 and in that same year recorded a top ten R&B hit with "Ring-A-Ding-Doo." Enjoy this and 24 other hits such as "I'll Be There," "Better Beware" and "Bring My Lovin' Back To Me."

Liner Note Author: Victor Pearlin.
Long before Esther Phillips became known for country-soul crossover songs, she performed as Little Esther in the 1950s. With her youthful, distinctively nasal voice, the Texan singer, who was still a teen when her career began, quickly distinguished herself on the R&B/pop landscape. On this collection, which draws from Little Esther's early-'50s recordings, she runs through bluesy, big-band-like tunes such as "I'm a Bad, Bad Girl," "Cryin' and Singin' the Blues," and "Better Beware." This best-of set also includes her biggest early hit, the snappy "Ring-a-Ding-Doo," which was recorded with her mentor, Johnny Otis, and his band's vocalist, Mel Walker. The compilation closes with a raucous take on the Elvis Presley classic "Hound Dog," and here Esther's voice sounds almost as feral as the song's subject, proving that whether she was "Little" or not, Esther Phillips could be a powerful musical force.

Esther Phillips
What a Diff'rence a Day Makes
$19.90
Add to Cart