When our flag falls our nation will rise. 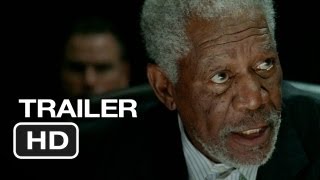 An ex-Special Forces operative and former presidential bodyguard must fight to take back the White House from terrorists who have kidnapped the Commander in Chief in this high-stakes action thriller directed by Antoine Fuqua (TRAINING DAY, SHOOTER) and starring Gerard Butler. In the aftermath of a tragic accident involving the president (Aaron Eckhart) and the first lady (Ashley Judd), Secret Service agent Mike Banning (Butler) is handed his walking papers. When a powerful terrorist group seizes command of the White House and takes the president hostage, the entire nation watches as the Speaker of the House (Morgan Freeman) becomes the acting president, and plans his response. Meanwhile, Banning finds himself trapped in the White House as it comes under siege from all sides. With no choice but to fight back against the heavily-armed invaders, Banning must rely on his extensive knowledge of the building to rescue the president, and prevent the situation from spiraling into all-out war. Melissa Leo, Angela Bassett, Robert Forster, and Radha Mitchell co-star.