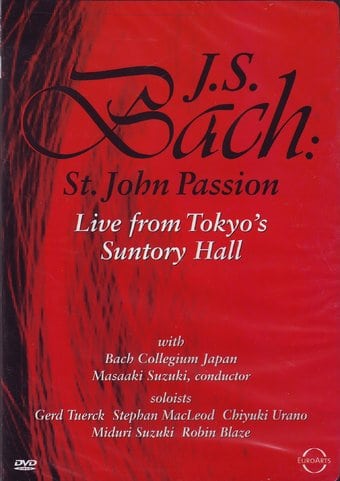 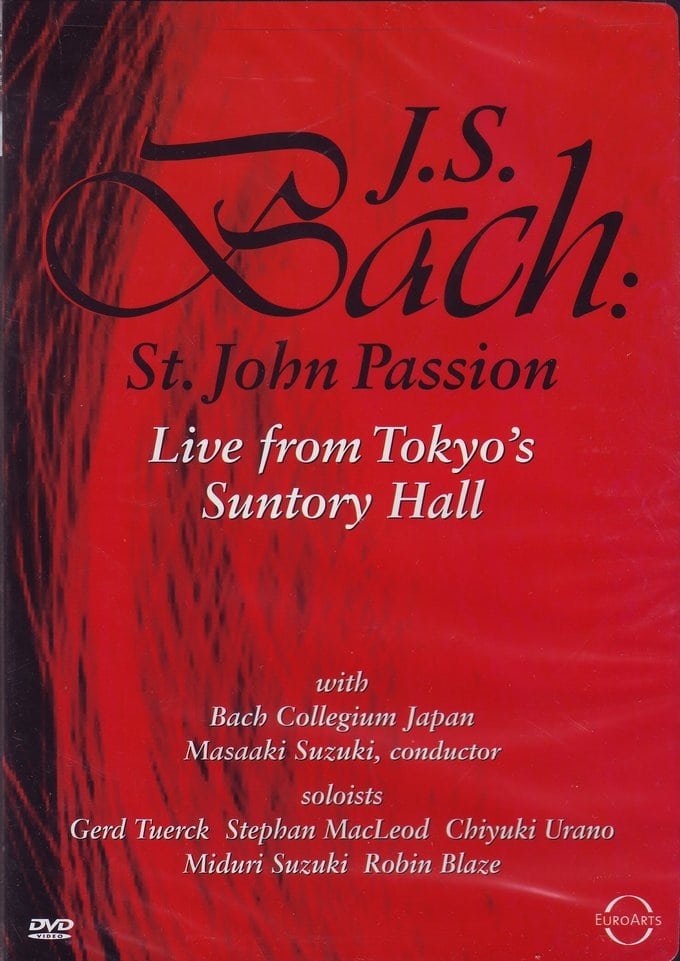 An performance of Bach's St. JOHN PASSION with the intention of offering the piece as it would have been in presented in Bach's day. The Bach Collegium Japan have scaled down to an approximately 50-piece orchestra, plus choir in order to closely resemble an 18th century symphony. Conducted by Masaaki Suzuki, this is a unique opportunity to see and hear what Bach originally intended. Featured soloists in the performance are Gerd Tuerck, Stephan MacLeod, Chiyuki Urano, Miduri Suzuki, and Robin Blaze.

The choir and the orchestra of the Bach Collegium Japan--shooting star among the celebrated baroque specialists--perform the "St. John Passion" with only a small ensemble of about 50 musicians (as was custom in Bach's day) under the former Ton Koopman-student Masaaki Suzuki. Soloists: Gerd Tuerck, Stephan MacLeod, Chiyuki Urano, Miduri Suzuki, and Robin Blaze.