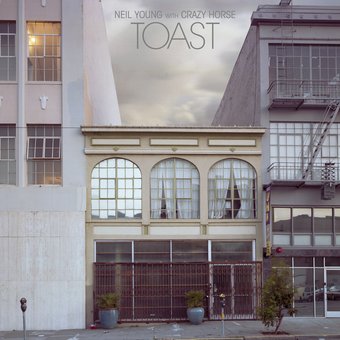 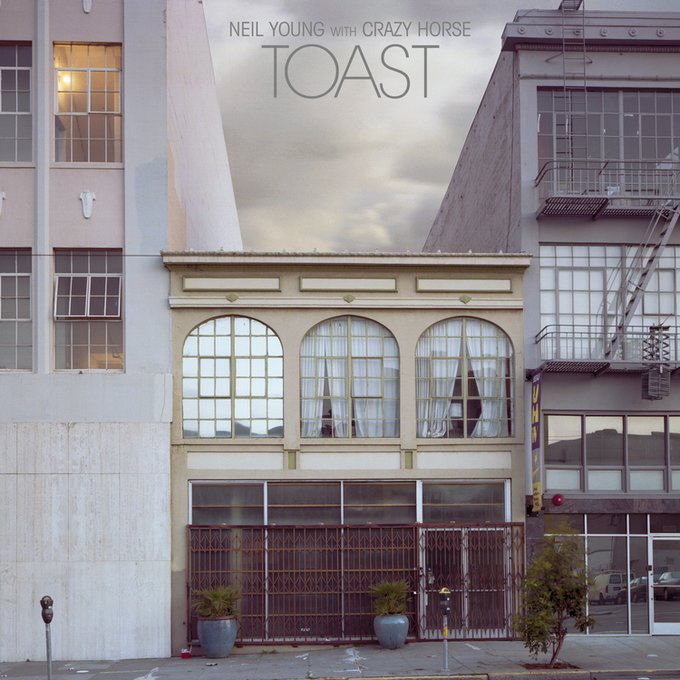 Uncut
4.5 stars out of 5 -- "[W]hat a magnificent album it is....At 13 minutes, "Boom Boom Boom" is the longest song on TOAST -- although less immediately expansive than a classic Horse jam, it's nevertheless equally compelling."
Pitchfork (Website) - "'Gateway of Love' is the best of the unreleased tracks, a 10-minute guitar workout that differentiates itself from the many similar odysseys in the Horse catalog with a Latin-feeling polyrhythm instead of their standard four-four stomp."

The year before Neil Young tracked 2002's meandering and sometimes draggy Are You Passionate?, he recorded some of the songs with his longtime backing band Crazy Horse, trying on the fit of the semi-soulful material with them before ultimately choosing to re-record with groove masters Booker T. & the M.G.'s. Seven-song album Toast consists of the long-shelved Crazy Horse sessions from 2001 and includes versions of four songs that materialized in different forms on Are You Passionate? as well as three previously unreleased outtakes. Despite their reputation as one of rock & roll's loosest, scrappiest institutions, Crazy Horse's playing is surprisingly refined on Toast, with their takes on some of the Are You Passionate? tunes being hard to differentiate from the ever-smooth Booker T. versions. "How Ya Doin'?" (aka "Mr. Disappointment") is superior on Toast, with the tempo slowed just a little bit and Young approaching the vocals with his familiar achy near-falsetto rather than the experimental grumble he sang with on the AYP? version. Crazy Horse fits right into the mellow groove of "Quit," and "Goin' Home" (a rocking tune that sounds more like a Ragged Glory leftover than a soul exercise) was the only song on AYP? played by Young and Crazy Horse, so the Toast version sounds nearly identical. The songs that didn't end up on AYP? are similar in tone to "Goin' Home," with "Standing in the Light of Love" built on snarly riffs and pensive playing and "Timberline" stomping along in a similar fashion. The remaining tracks find Young and his band stretching out in lingering jams. "Gateway of Love" ambles on for more than ten minutes, like a more tropical "Like a Hurricane," and "Boom Boom Boom" (presented as closing track "She's a Healer" on AYP?) expands on the whispery blues of the album version with extra instrumental passages, including a lengthy trumpet solo. It's a lot less slick than the AYP? rendition, recalling more of a bleary Tonight's the Night energy than the pitch-perfect session-musician feel of the album version. Whether you prefer the slightly more organic vibe of Toast or the cleaned-up Are You Passionate? will depend on your personal relationship with Young's massive catalog. For fans of his early moody rock or the rough-edged brilliance he always locked into with Crazy Horse, Toast will be a clear favorite more than just an interesting companion piece. ~ Fred Thomas

Neil Young
Everybody Knows This Is Nowhere
$24.30
Add to Cart

Marshall Tucker Band
Where We All Belong
$15.40
Add to Cart