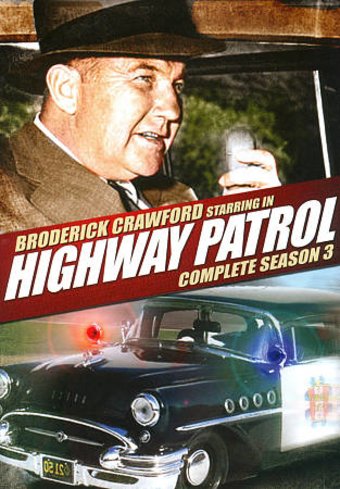 4 ratings
Currently Out of Stock: We'll get more as soon as possible
Notify Me When Available
Add to Wishlist
Format:  DVD  (5 Discs)
item number:  XTXB 05824D
91% recommend us!

Packed with fast motorcycles, powerful patrol cars, helicopters and two-way radios, Highway Patrol screamed on to the scene destined to be one of the most popular syndicated television series of all time. This action packed show filled with harrowing roadway adventures sped its way from the TV screen into pop culture with the catch phrase "10-4".

This set culls all 39 episodes from the third season of HIGHWAY PATROL, a hit TV drama from the fifties that followed the adventures of tough-as-nails everyday cops keeping the piece and fighting crime on various streets.