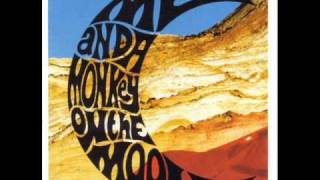 Felt - I can't make love to you anymore (Music Video) 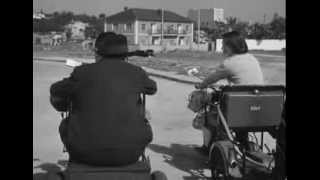 Personnel: Lawrence (vocals); John Mohan (guitar); Martin Duffy (piano, Fender Rhodes piano, Clavinet, Hammond b-3 organ, Mellotron, synthesizer, ARP synthesizer, sampler); Gary Ainge (drums).
Audio Remasterer: Kevin Metcalfe.
Photographer: Joe Dilworth.
With ME & A MONKEY ON THE MOON, Felt's Lawrence announced that, as he'd completed his objective of releasing ten albums and ten singles in ten years, Felt was over (actually there were eleven singles, but that would have wrecked the symmetry of the thing). By this time, Lawrence was the only original member of the band, though Martin Duffy had been around since 1985's IGNITE THE SEVEN CANNONS. (ME & A MONKEY also features backing vocals by Rose McDowall, who used to sing for Strawberry Switchblade.)
Album highlights include "Budgie Jacket," which features a weirdly dispassionate first-person lyric about child sexual abuse, and a baroque guitar line that recalls those of Maurice Deebank, the band's original guitarist. "New Day Dawning," which begins as a sparse, sinister confessional, bursting into an uncharacteristically cheerful final two and a half minutes worth of wheeling and soaring guitar solos. "Down an August Path," meanwhile, lyrically walks the fine line between unbearably sad and faintly optimistic that Lawrence has always made it his business to tread. ME & A MONKEY ON THE MOON ends Felt's career on an appropriate high note.