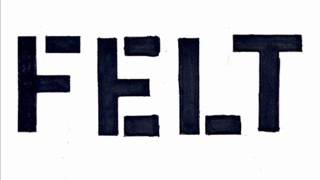 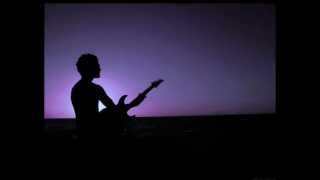 Personnel: Martin Duffy (piano, electric piano); Gary Ainge (vibraphone, drums).
Audio Remasterer: Kevin Metcalfe.
Photographer: Donna Ranieri.
Felt mainman Lawrence Hayward has said that this is his favorite Felt record. Which is funny because all he does on the album is title the songs. He does a fine job, however: "Run Chico Run" and "Press Softly on the Brakes, Holly" are two titles most songwriters would give at least five bucks for. The music itself is mostly cocktail jazz played on vibes and piano with a splash of percussion. The melodies are nice, if sometimes a little new age-y. Still, when the album is finished one is hard-pressed to see what Hayward is on about. Perhaps his fondness stems from the concept behind the record. No pop band in their right mind would release an album of inconsequential tinklings when all around them bands are changing the face of music or scaling the charts or desperately trying to get ahead. Nobody but Felt. Well, that's Hayward for you. A man with his own peculiar and amusing ways. ~ Tim Sendra