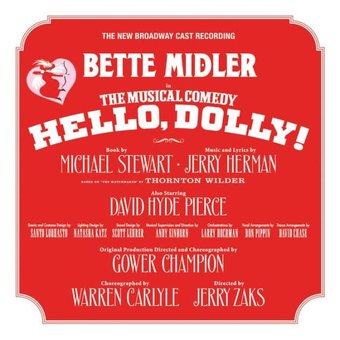 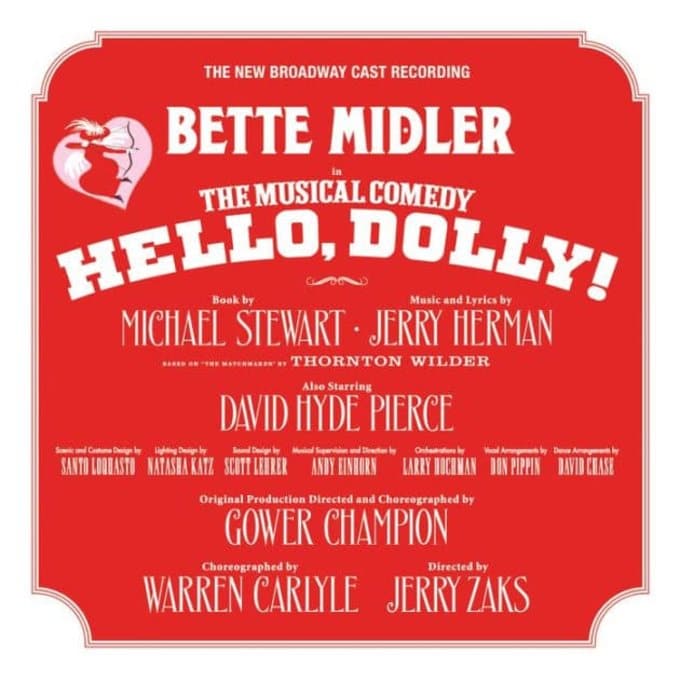 Original soundtrack to the Broadway revival of Hello, Dolly! Starring Bette Midler in her long-awaited return to the musical theatre stage. In addition to Midler, the cast includes Tony winner David Hyde Pierce as Horace Vandergelder, Kate Baldwin as Irene Molloy, Olivier winner Gavin Creel as Cornelius Hackl, Will Burton as Ambrose Kemper, Beanie Feldstein as Minnie Fay, Melanie Moore as Ermengarde, Jennifer Simard as Ernestina, and Taylor Trensch as Barnaby Tucker. Jerry Herman's score features a number of showtunes that have become Broadway standards, including "It Takes a Woman," "Put On Your Sunday Clothes," "Ribbons Down My Back," and "Before the Parade Passes By."

Come From Away (Original Broadway Cast)
$16.30
Add to Cart

Hot
Barbra Streisand
On a Clear Day You Can See Forever [Original Soundtrack...
$6.99 on Sale
Add to Cart

Soundtrack
Once Upon a Time in Hollywood
$18.50
Add to Cart