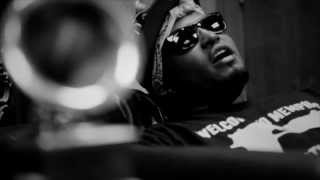 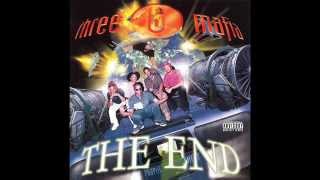 Three 6 Mafia: Gangsta Boo, Juicy J, Crunchy Black, D.J. Paul, Koopsta Knicca, Lord Infamous.
Additional personnel: K-Rock, M-Chils, Gangsta Blac, Prophet Posse, Project Pat, Killa Klan Kaze.
Da End furthers the horrorcore style that Three 6 Mafia had unveiled on their cult favorite Mystic Stylez debut, except here the overall tone is one of outright violence rather than eerie ominousness. Moreover, the sound quality here is much improved, as producers Juicy J and DJ Paul lay down the sort of hard-hitting, bottom-heavy beats that would define not only the remainder of their career but that of the entire Dirty South movement that would soon blossom. Much like the very similar Chapter 2 album that would follow within a year's time, the balance here between the underground essence of Mystic Stylez, typified by the horrorcore lyrics and haunting ambience, and the accessibility of latter-day Three 6 Mafia, typified by the markedly improved sound quality and more developed song structures, makes Da End an excellent starting point for the uninitiated. Discriminating consumers, however, should note that several of the better songs here would be reprised on the more widely available Chapter 2. ~ Jason Birchmeier

Three 6 Mafia
When the Smoke Clears
$10
Add to Cart