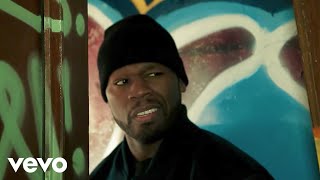 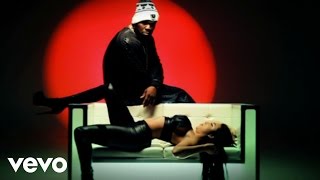 Rolling Stone
3 stars out of 5 -- "Tracks like 'Hold On' and 'Pilot' haveÿall the smirking charm of 50's glory days. At their best, they can even recall his time as a mixtape hustler with a world to conquer and nothing to lose."

Photographer: Jeremy Duputat.
With his mentors/friends off selling companies to Apple for billions of dollars, or re-entering the mainstream game with an album dispatched from 8 Mile, rapper/mogul 50 Cent decided to distance himself from the business world of Iovine, Eminem, and Dr. Dre, leaving the Interscope, Shady, and Aftermath label family after 12 fruitful years. Not only that, but he took his unreleased Street King Immortal album with him. Know that 2014's Animal Ambition isn't that album but instead, a collection of new cuts meant to clean the creative pipes as 50 gets back to retooling his unreleased, high-profile effort. That might help explain why the hypnotic "Hold On" opens this one not with a kick, but with a quirk, as it's the kind of stoned immaculate that doesn't cause one to shudder. It's quite good though, as is the title track with its strange light funk; then there's the broken beat, bone-chilling lyrics ("We by the schoolyard, waitin' for you to get your kid"), and guest appearances from Jadakiss and Kidd Kidd that make "Irregular Heartbeat" a great candidate for any mix titled "Ski Mask Way." Giving the album some radio-worthy relief, the "Smoke" is a Euro-disco and dro influenced redo of "In Da Club" with guest star Trey Songz appearing on the album's lone Dr. Dre production, and after a lazy hook, a woozy chorus, and a profanity-laced and vicious verse, the cut "Hustler" recalls the high-quality, street-worthy tracks that would land on old G-Unit Radio mixtapes, but therein lies the problem. Like those mixtapes, Animal Ambition lets the tracks run out with long, slow fades and introduces the concept of "track list ambiguity" with a running order that's just as good shuffled. The whole package comes off as 50's first "street release," one where mixtape cuts are bundled with Trey Songz-featuring singles (and in the grand G-Unit style of overdoing everything, there's a Deluxe version made available for the superfan). Consider it the album before the album, and it plays out as interesting and often awesome, but put this next to his major works and it seems a bit off and quirky. ~ David Jeffries