They Learned Their Lesson The Hard Way. 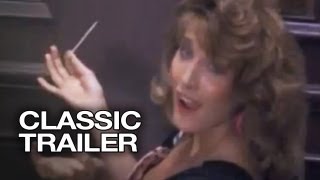 The evacuation of a prison leads to the kidnapping of a beautiful prison psychologist and the escape of a busload of convicts.

Two girls new to Los Angeles are framed for sexual crimes they did not commit and are sent to jail. One of the girls' sisters enlists the aid of two detectives and frantically searches for her, but she too is jailed, leaving it up to the two detectives to rescue the girls.

A naive, midwestern teen moves to California where she plans to become an actress. But things go awry when she gets caught up with sleazy video artists who frame her for a crime she didn't commit. Fortunately, the young girl's older sister manages to track her down and rescue her from the phony jail in which she's captive. But time is running out, because it won't be long before the white slave traders get a hold of the corn-fed beauty.

Action | Detectives | Suspense | Thriller | Women In Prison | Injustice | Framed | Theatrical Release
This product is made-on-demand by the manufacturer using DVD-R recordable media. Almost all DVD players can play DVD-Rs (except for some older models made before 2000) - please consult your owner's manual for formats compatible with your player. These DVD-Rs may not play on all computers or DVD player/recorders. To address this, the manufacturer recommends viewing this product on a DVD player that does not have recording capability.