A story of lust, murder and dreams. 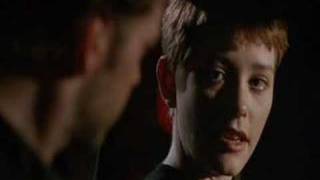 What begins as a passionate crusade to save a landmark building turns into a passionate love affair with dire consequences. Nick (Kevin Anderson), a professor of architecture who's come home to visit his dying mother (Kim Novak), knows he must preserve a cast-iron building marked for demolition by Paul (Bill Pullman), a ruthless developer and former friend. But when he falls for Paul's wife, Jane (Pamela Gidley), Nick unwittingly tempts fate with his own life. For buried within the walls of the landmark lies a dark secret -- a murderous history which is linked to Nick and now may find him as its next victim.

LIEBESTRAUM, directed by Mike Figgis, pays homage to the film noir tradition from its very first scene, a flashback in which a jazz record plays while a sexy platinum blonde and her lover are the victims of a grisly shooting. Back in the present, architect Nick Kaminsky (Kevin Anderson) arrives in quiet Elderstown to visit his dying mother (Kim Novak). In town he runs into an old school buddy, Paul (Bill Pullman), who is demolishing a classic old building. Paul's wife, Jane (Pamela Gidley), disapproves of the demolition, and she and Nick find themselves drawn to each other both in their sympathy for the building and in their profound loneliness. However, the mystery of the murder far in the past is haunting them in ways they do not suspect. Writer-director Mike Figgis creates a moody, stylish feel for his film with dark lighting, atmospheric music, and a brooding performance from Anderson. With Elderstown, Figgis imagines a place that nobody would want to live in, populated by the sardonic, amoral, and downright weird inheritors of a perverse and inescapable history.

An architectural expert, his old college buddy, and his friend's wife reunite in a small town. The result is a love triangle that eerily echoes the circumstances of a scandalous murder that occured there forty years earlier.