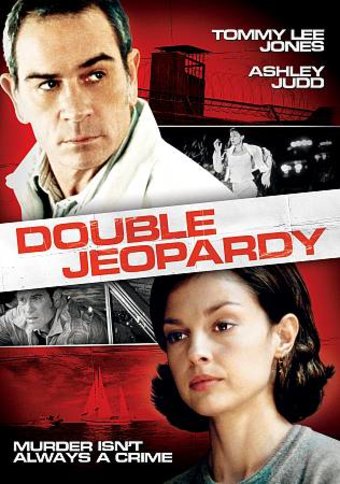 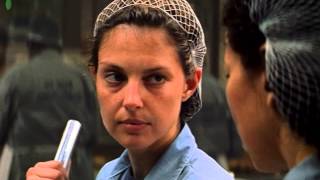 Director Bruce Beresford's thriller stars Ashley Judd as Libby Parsons, a young woman with a seemingly happy marriage and a prosperous life. While on a weekend sailing trip, she wakes up in the middle of the night to find the boat covered in blood and her husband, Nick (Bruce Greenwood), missing. Since she's found holding a knife covered in her husband's blood, Libby's quickly indicted and convicted of murder. Her lawyer suggests that she give up her son, and he's soon adopted by her friend, Angie (Annabeth Gish), who promptly disappears with the child. Although Libby's angry enough to break out of prison, her lawyer-cellmate advises her to wait for parole and take advantage of double jeopardy protection, a legal loophole that prevents her from being tried for the same crime twice. Six years later, Libby's paroled into a halfway house under the care of hard-bitten probation officer Travis Lehman (Tommy Lee Jones). She escapes immediately, taking off to find her son and exact revenge on those who framed her. Lehman, expecting as much, is fast on her trail.

In DOUBLE JEOPARDY, Libby Parsons, a young mother, is framed, tried, and convicted for the murder of her husband. Paroled after serving six years of her sentence, she decides to search for her missing son. However, Libby's tough-as-nails parole officer Travis Lehman decides to keep a close eye in her, fearing that she intends to employ the double jeopardy loophole to take revenge.

The General's Daughter
$6.40
Add to Cart