Every second of every day you're faced with a decision that can change your life. 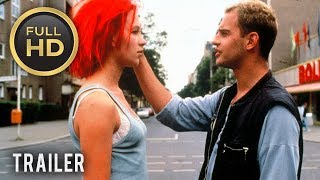 Set against the gritty urban scenescape of Berlin and a pounding techno soundtrack, RUN LOLA RUN is a frenetic, inventive existential thriller that explores the life-altering impact of seemingly inconsequential actions. Beautiful, hip, and young, poor Lola has but 20 minutes to locate a missing bag containing 100,000 Deutsche marks or come up with the money some other way--if she can't, gangsters are going to kill her boyfriend. A pulse-raising race against time, the film employs a startling array of innovative techniques to present three separate scenarios, all departing from a single split-second decision Lola makes. Franka Potente, who also sings on the soundtrack, is mesmerizing as Lola. Winner of the Audience Award at the Sundance Film Festival; Best Film, Best Supporting Actress, Best Supporting Actor, Best Director at the German Film Awards; 1998 Bambi Award; and the Golden Space Needle Award for Best Film at the Seattle International Film Festival.