Tell It to the Marines

When Skeet Burns joins the U.S. Marines, he winds up under Sergeant O'Hara, the toughest leatherneck in the Corps., and both men fall for Navy nurse Norma. 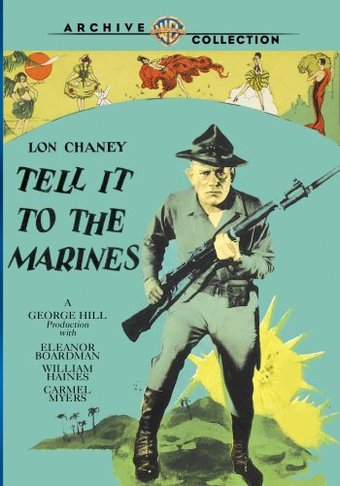 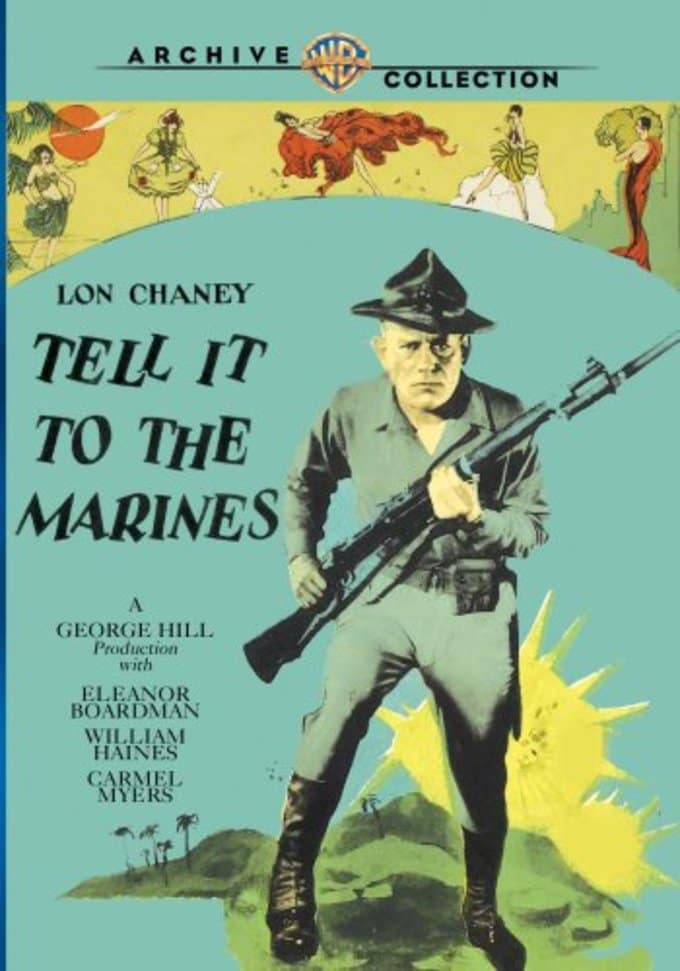 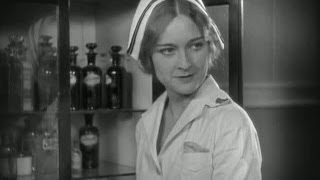 Tell It to the Marines (Trailer)

When Skeet Burns (William Haines) joins the U.S. Marines, he winds up under Sergeant O'Hara (Lon Chaney), the toughest leatherneck in the Corps., and both men fall for Navy nurse Norma Dale (Eleanor Boardman). When they're stationed in the Philippines, Skeet's dalliance with a native girl (Carmel Myers) tips the scale in O'Hara's favor. Reassigned to China, the two must put their differences aside when they're ordered to Hangchow to rescue Norma and the nurses from a bandit leader (Warner Oland), whose gang has invaded the city.

The first film made with the full cooperation of the Corps, Tell It to the Marines was Chaney's highest-grossing picture at MGM. His performance earned him the title of Honorary Marine, the first actor to receive it.

A tough-as-nails Marine sergeant sets about training a rag-tag group of boys into men. Though sporting a rough and gruff exterior, the sergeant is really a caring, gentle sort. During training, he is especially rough on a smart-alecky young man, whom he hones into a first rate fighter. More tension arise between the men when they fall for the same girl. In one of the film's highlights the sarge, and his protege save an imperiled group, including the girl, from a vicious gang of Chinese bandits. After the rescue, the selfless sergeant gracefully steps aside and returns to training recruits to allow the heroic young Marine and the girl to find romantic bliss. Featuring a nice blend of comedy, adventure and romance, TELL IT TO THE MARINES was MGM's second highest grossing film of 1926. It is also one of the rare instances when Lon Chaney, known as "the man of a thousand faces," appeared sans elaborate make-up.

Action | Adventure | Romance | Silent | War | Love Triangle | Military | Love Triangles | Romances | China
This product is made-on-demand by the manufacturer using DVD-R recordable media. Almost all DVD players can play DVD-Rs (except for some older models made before 2000) - please consult your owner's manual for formats compatible with your player. These DVD-Rs may not play on all computers or DVD player/recorders. To address this, the manufacturer recommends viewing this product on a DVD player that does not have recording capability.