John Ford's Masterpiece of the Frontier! 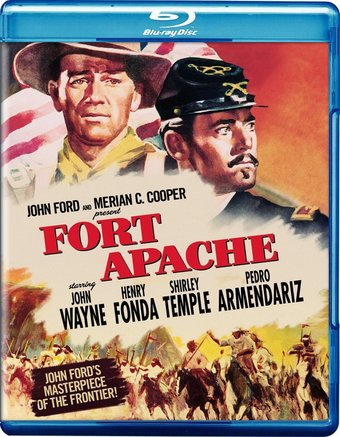 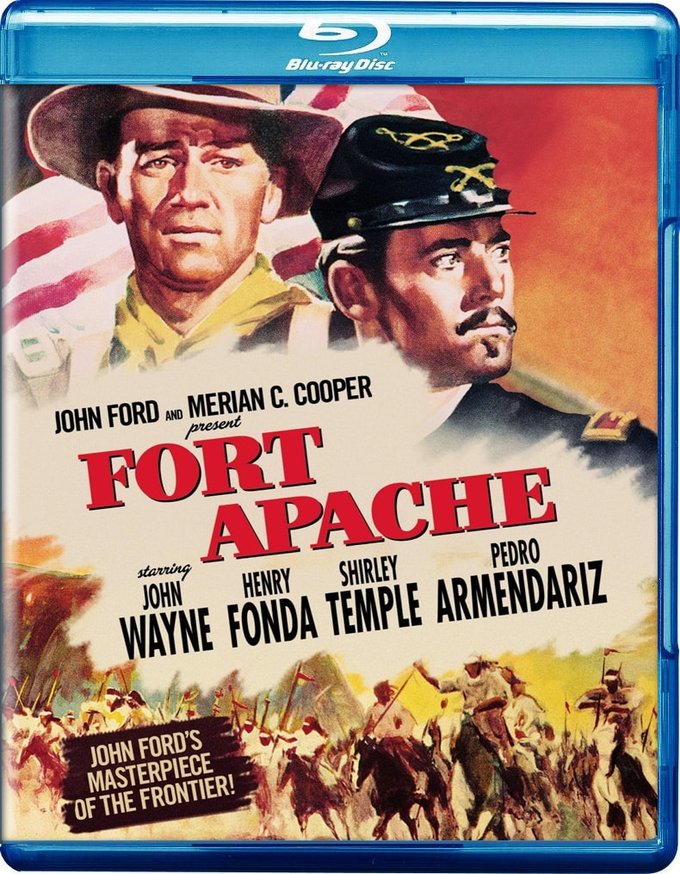 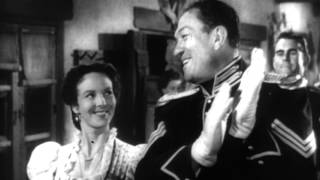 The first film of John Ford's celebrated Cavalry Trilogy, FORT APACHE mirrors the effects of the director's wartime experience on his attitude toward military command. Lt. Col. Owen Thursday (Henry Fonda), a West Point-trained Civil War veteran, is sent to command the remote Arizona outpost of Fort Apache. An arrogant, by-the-book officer, he's annoyed at having drawn such an ignominious assignment. Despite the warnings of veteran Indian-fighter Capt. Kirby York (John Wayne), he dismisses the notion that a group of savages could possibly be of concern to one possessing his military prowess. After Thursday's daughter, Philadelphia (Shirley Temple), and young Lt. Michael O'Rourke (Ward Bond) find the bodies of some mutilated soldiers, it's discovered that Indian agent Silas Meacham (Grant Withers) has been stirring the Apaches up by selling them liquor illegally. York persuades Thursday to withhold all action until he can arrange peace talks with Cochise (Miguel Inclan), but when the Indian chief shows up for the palaver he finds that the blindly willful army commander has called out the entire regiment for an attack on the Apache force. A tragic, absorbingly complex study of the problems of command, FORT APACHE benefits enormously from Fonda's superb performance and the exhaustive research of screenwriter Frank S. Nugent into Apache culture and the army outposts of the era.

After a distinguished military career in the east, a rigid and domineering colonel is assigned to the remote western cavalry post of Fort Apache. Viewing this assignment as a demotion, he resists the advice of his more experienced captains and learns the hard way that if he doesn't listen, his ignorance of the territory will lead to tragedy.

She Wore a Yellow Ribbon (Blu-ray)
$20
Add to Cart