Rolling Stone: "..His fingers are as fleet and sure as ever, his vocals have bite and growl, and the flash and power of yore are hanging right in there.." 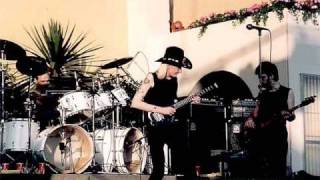 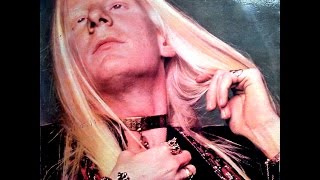 Also available with CAPTURED LIVE! on BGO (478).
Personnel: Johnny Winter (vocals, guitar, mandolin); Jeremy Steig (flute); Mark Klingman (piano); Randy Jo Hobbs (bass); Richard Hughes (drums).
Reissue producer: Bob Irwin.
You might mistake this for a live record, but this is actually a 1973 studio release by the Texas blues guitar master. Winter's first release after a brief retirement/drying-out period, STILL ALIVE AND WELL, from the title on down, has the feeling of a major comeback, although Winter really hadn't been gone for very long. Looking hale and hearty on the cover--or as hale and hearty as a rail-thin albino can look, anyway--Winter sounds equally fit on the songs themselves. Produced by his longtime collaborator Rick Derringer, who also leads the tight and flashy band with his rhythm and second lead playing, the album is possibly the most pop-oriented release of Winter's tenure at Columbia. The band, which features Todd Rundgren on synthesizers and Mellotron (on a Johnny Winter album???) and Rundgren's associate Mark "Moogy" Klingman on piano, is probably mostly responsible for this, but Winter's amiable versions of the Stones' "Silver Train" and "Let It Bleed," along with Dan Hartman's "Can't You Feel It," are among his most radio-friendly work. This reissue also features uncompleted outtakes of Little Richard's "Lucille" and Dylan's "From a Buick 6," missing Winter's never-recorded lead solos.

23%off
Edgar Winter
They Only Come Out At Night
$5.40 Super Savings
Add to Cart