Get email alerts for Santana
19 ratings
Out of Print: Future availability is unknown
Notify Me When Available
Add to Wishlist
Format:  CD
item number:  637JX
Related products:
The Best of Santana, Volume 1 for $8.20
Santana IV for $13.60
Santana III (Legacy Edition) for $16.30
91% recommend us! 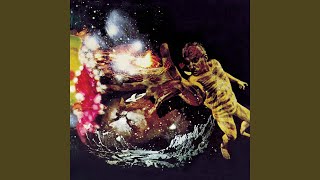 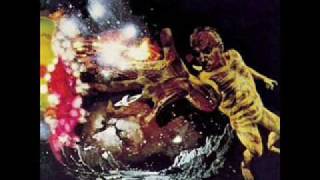 Rolling Stone - p.63
4 stars out of 5 -- "Everybody sounds stoked -- the rhythm section drives guitarist Carlo Santana into simultaneously agitated and poised solos that sustain an elusive state of polyrhythmic bliss."
Rolling Stone - 11/25/71, p.58
"...This is music to dance to, but it is music that shrieks for more advanced, dextrous and imaginative dancing than some of the freeform body motion that rock dancing has accepted..."
Q - 5/00, p.131
4 stars out of 5 - "...Displays even more grace and power...[than their] fresh, fierce debut..."
Uncut - p.120
4 stars out of 5 -- "[C]onsistent, refined and confident, with the core six-piece adding teenage guitar sensation Neal Schon to spar aggressively with Carlos Santana on the blistering 'Jungle Strut'."
Down Beat - p.91
4 stars out of 5 -- "Showcasing solid original material and well-chosen covers, SANTANA III contains the perfect balance of flash and substance, grace and power, and mind and body."
Dirty Linen - p.83
"The live set shows just how far the band had come since Woodstock....The entire set shows the band at the peak of their creative powers."
Musician - 7/98, pp.86-88
"...Sony Legacy's sonic wizards have made...[Santana's] first three albums reappear, each appended with additional live recordings....epochal works...an explosive fusion of Hispanic-edged rock, Afro-Caribbean rhythms, and interstellar improvisation..."

Following on the heels of Santana's 1970 breakthrough, ABRAXAS, 1971's SANTANA III is teeming with the eclectic mix of rock, blues, jazz, R&B, and Latin rhythms for which the band is known. Though somewhat more jam-oriented than its predecessor, SANTANA III is no less of an achievement. Full of percolating webs of percussion, jazzy keys parts, infectious call-and-response vocals, and the searing twin guitar attacks of Carlos Santana and Neal Schon (who later went on to form Journey), the album is an absorbing sonic experience from back to front.
Given Carlos Santana's late-career partnerships with everyone from Rob Thomas to the Black Eyed Peas, it's sometimes hard to remember that his band was a product of San Francisco's late-'60s psychedelic rock scene. While the band's music represents the wide-open aesthetic of that milieu, it also dates much better than other music of the time, in large part because of its groove-oriented accessibility and the formidable skills of the musicians. SANTANA III holds up particularly well, and sounds not a whit out of place in the mashed-up, multi-culti 2000s. The 35th Anniversary Deluxe Edition features remastered sound and a bonus disc of Santana performing live at San Francisco's Fillmore auditorium in 1971.