Everything in the Song is True (Blu-ray)
by Various Artists

A celebration of the west 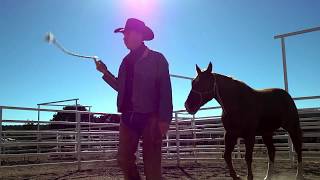 Everything in the Song is True (2 min trailer)

Four iconic characters who define the American West. Gary McMahan is a renowned cowboy singer and poet and champion yodeler. Brice Chapman is one of the world's most talented trick ropers and horse trainers. Yvonne Hollenbeck is a fourth generation rancher and award-winning poet and quilter. Jeff Nourse is a rancher, singer-songwriter and iron sculptor. Spanning the wide open spaces from Colorado to New Mexico to Texas and the Dakotas, filmmaker Douglas Morrione traveled alongside these characters for nearly two years to capture the sights and songs that are unique to the American experience.
This product is made-on-demand by the manufacturer using Blu-ray BD-R recordable media. Almost all Blu-ray players can play BD-Rs, but the player might record an update from the manufacturer.