The Legend Is Real... 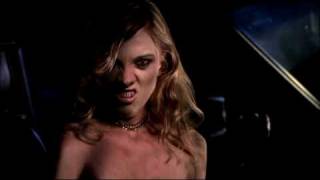 A grieving widower goes on the hunt for his wife's killers, and discovers they are in fact shape-shifting hyenas in this vicious tale of terror from writer/director Eric Weston (EVILSPEAK, THE IRON TRIANGLE). When his wife becomes the victim of a savage attack, Gannon (Costas Mandylor) decides to take the law into his own hands. Gannon's vigilante mission takes an unexpectedly shocking turn, however, when he encounters a homeless man named Josiah (Meshach Taylor) who reveals the African legend of shape-shifting hyenas who disguise themselves as human. Upon unearthing evidence that a local pack of hyenas led by the cruel Wilda (Christa Campbell) has been stalking the area, Gannon vows to exterminate every last one of the creatures. Later, Gannon finds an unusual ally in the form Valerie (Amanda Aardsma), an alluring, half-human/half-hyena who isn't afraid to turn on her pack.