Spin: "THE MONEY STORE fits into modern hip-hop like a square peg on fire, a 40-minute straitjacket tantrum of vein-popping, slow-flow barks..." 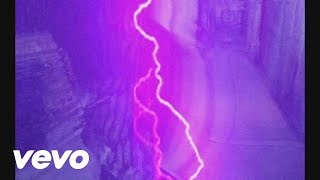 Death Grips - Get Got (Music Video) 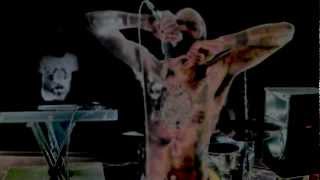 Spin - p.78
"THE MONEY STORE fits into modern hip-hop like a square peg on fire, a 40-minute straitjacket tantrum of vein-popping, slow-flow barks..."
Uncut - p.71
"[A]n exhilarating record that flits from Flying Lotus electronics to lurching stadium pop, sometimes sounding like an industrial Salt'n'Pepa or KLF."
Q (Magazine) - p.100
4 stars out of 5 -- "[With] an MC who treats words like a hammer treats nails, and a stylistically omnivorous production team..."
Mojo (Publisher) - p.85
4 stars out of 5 -- "[They] clearly have much more in the locker, abetting their heavily tattooed frontman's taut, twisted, often indecipherable ire with squalling slabs of industrial strength dissonance..."

A confusing band from the get-go, Death Grips' first release, Exmilitary, was maybe a mixtape, maybe a debut, or maybe both, but there's little doubt that the freely downloadable monster was a headline release in the underground hip-hop renaissance of 2011. From Lil B to Shabazz Palaces, it was a great time to right click, but the 2012 season often involved entering credit card information -- not just to some file-hosting service but to an old-school record label, which in the case of the game-changing The Money Store, is shockingly the Sony-owned Epic. That this restless blast of paranoid avant-rap was released by an imprint that was also committed to signing the winner of the X-Factor recalls a time when you could follow Throbbing Gristle releases all the way up to Warner Bros, but none of this would matter if the music wasn't amazing itself, and it is. Here, the opening "Get Got" combines glitch, African rhythms, and a swirling keyboard riff right out of dream pop, all while MC Stefan Burnett offers hood incantations that fall somewhere between Gang Starr's Guru and Can's Malcolm Mooney. Remarkably, rock-solid hooks reveal themselves after repeated listens as the true stomper "The Fever (Aye Aye)" hides its Run-DMC love under a Nine Inch Nails-like blast, and while the lean, winding snake called "I've Seen the Footage" is all No Wave, severe compression, and conspiracy theories up front, it's really just a tambourine shake away from becoming a possible Outkast track. Burnett would rather follow the music than front it, sensibly acting as one-third of the group when most MCs would choose to be either a focal point or an accessory in these surroundings. The dense bed of edgy grind that he's working with is crafted by producers Andy Morin and Zach Hill (the latter being the man taking the genre-free attitude of Zorn and Laswell into the age of mixtapes), and it isn't without mercy or melody, even though it is, decidedly, an onslaught. All these elements are glued together by a Bad Brains-sized sense of purpose, which makes Death Grips sound alive and hungry in spite of their name, and while it is interesting that this dark ball of hip-hop anti-matter was released by a major, what sticks is the music. The Money Store is an important record that's also compelling, loaded with kinetic blows against the empire and fully stuffed with that attractive maverick spirit. ~ David Jeffries

Kid Cudi
Man on the Moon: The End of Day
$25.30 Discontinued