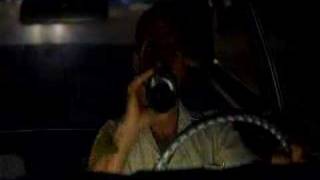 The life of celebrated wildman Charles Bukowski has been brought to the big screen on a number of occasions prior to this adaptation of his book, FACTOTUM. Most notably, Mickey Rourke played Bukowski's alter-ego Henry "Hank" Chinaski in 1987's BARFLY, while 2004's BUKOWSKI: BORN INTO THIS was a fascinating documentary on the alcohol-fueled writer. This Norwegian production from director Bent Hamer sees Matt Dillon taking on the role of Chinaski. Dillon gets the character just about right, subtly perfecting the deadbeat behavior that leads to innumerable firings from menial jobs, while also offering a persuasive depiction of a man lost in the throes of an addiction to booze, women, and gambling. The crumbs of plot that do exist in FACTOTUM find Chinaski enjoying the sexual wiles of poverty-stricken Jan (Lily Taylor) and rich-girl Laura (Marisa Tomei), but essentially the film is all about one man's long, low meander through a sedentary life. The alcohol frequently gets the better of Chinaski, destroying his chances of becoming a writer, obliterating his job prospects, and curtailing his relationships. But Hamer is careful never to judge Chinaski's habits, simply depositing them on screen and weaving them into the story as if they were as essential to the human condition as breathing or eating. The film progresses at a leisurely pace, Dillon's cigarette-and-alcohol-soaked vocal chords provide voiceover narration at appropriate times, and Hamer carefully crafts one of the finest portrayals of Bukowski yet. Set in Minneapolis-St. Paul, which overflows with the depreciated low-rent apartments and cruddy, soul destroying workplaces Bukowski thrived upon, FACTOTUM is an arresting depiction of humanity at its lowest ebb.

16%off
Charles Bukowski - At Bellevue
$12.50 Super Savings
Add to Cart