Woe to him who seeks to please rather than appall 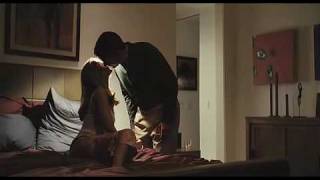 In his directorial debut, award-winning playwright and screenwriter Craig Lucas (PRELUDE TO A KISS, THE SECRET LIVES OF DENTISTS) has adapted his play THE DYING GAUL into a gripping romantic thriller of love and deception. Set in Hollywood, THE DYING GAUL tells the story of Robert (Peter Sarsgaard), a bisexual screenwriter who is offered a large sum of money by a studio executive (Campbell Scott as Jeffrey) for his latest script -- as long as he changes one of the characters from a man to a woman so the movie will not be about a gay man dying of AIDS. At first Robert refuses to compromise his vision, but after being encouraged and harassed by both Jeffrey and Jeffrey's wife, Elaine (Patricia Clarkson), he accepts the deal. But as he attempts to alter his very personal script, he is haunted by visions of his dead boyfriend, Malcolm (Bill Camp); meanwhile, Jeffrey begins to show a sexual interest in him, and Elaine is also intrigued by the very serious writer -- enough so to start an anonymous relationship with him in an online gay chatroom. As secrets are revealed and worlds collide, Jeffrey, Elaine, and Robert are forced to face some hard truths that turn to thoughts of murder. Lucas's noirish tale is filled with intricate detail and pinpoint acting, expanding his stage production into a thoroughly satisfying and thought-provoking film that is reminiscent of such Hollywood classics as THE BAD AND THE BEAUTIFUL, THE PLAYER, and IN A LONELY PLACE.