The Mojo Men Not Too Old to Start Cryin': The Lost 1966 Masters

Mojo (Publisher): 4 stars out of 5 -- "Here with the pressure off they sound more ebullient, enthusiastic, liberated." 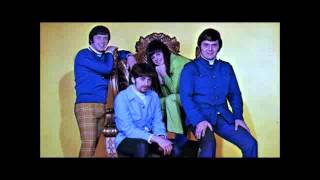 The Mojo Men - Not Too Old To Start Cryin' (Music Video)

Mojo (Publisher) - p.118
4 stars out of 5 -- "Here with the pressure off they sound more ebullient, enthusiastic, liberated."

For a minor mid-'60s San Francisco garage/folk-rock/psych group with very limited national success, the Mojo Men certainly recorded a hell of a lot of material. This compilation contains no less than two dozen previously unreleased 1966 recordings, cut in the uneasy period between when their original label, Autumn, had bit the dust, and they had yet to release tracks with their next company, Reprise. It's no less than the fourth CD of material from the group that's been issued, with no duplication between the discs. For that reason, even some enthusiastic '60s/San Francisco collectors might wonder whether it's only of peripheral, completist-only interest. It's definitely not, however; a little surprisingly, it has much of the best stuff they ever did, with only a few of the songs that would be re-recorded at Reprise. Far more than their earlier, more garage/British Invasion-inclined recordings prior to the entrance of drummer/singer Jan Errico into the lineup, it has a folk-rock/slightly psychedelic feel somewhat akin to the pre-Grace Slick work of Jefferson Airplane. Too, it's nonetheless less precious and slick than their more polished (if occasionally fine), baroque rock-influenced Reprise material. Bittersweet, wistful folk-rock with mild garage and psychedelic tinges (and more than a touch of the Beau Brummels) is the main vibe on this strong set of mostly original material, highlighted by the ones on which Errico's stirring, yearning vocals -- the best qualities she brought into the band from her former outfit, the Vejtables -- are prominent. While some of the tunes are rather run of the mill, the best of them are really good, including the Beau Brummels-style "Is Our Love Gone"; "Not Too Old to Start Cryin'," represented by two versions (and later redone for Reprise); and, above all, "You Didn't Even Say Goodbye," where Errico's singing is a match for Signe Anderson at her best. Even the oddball cover arrangements of "She Cried" (formerly a hit for Jay & the Americans) and the late-'50s Bell Notes rocker "I've Had It" are cool. You could even make an argument for this as the best Mojo Men CD, despite the absence of their only two songs to make appreciable national noise, "Dance with Me" and "Sit Down, I Think I Love You." ~ Richie Unterberger