Get email alerts for Escape The Fate
37 ratings
Out of Print: Future availability is unknown
Notify Me When Available
Add to Wishlist
Format:  CD  (2 Discs)
item number:  6AJHC
91% recommend us! 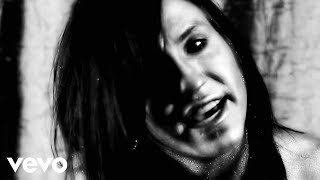 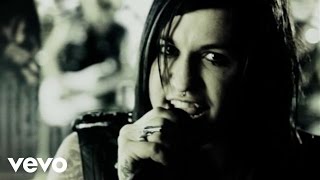 Alternative Press - p.109
"'The World Around Me' is particularly interesting, a six-minute, pensive, slow number that owes some credit to Queen for its ability to build climactic rock moments without seeming contrived."

Personnel: Monte Money (vocals, guitar, keyboards); Craig Mabbitt (vocals); Robert Ortiz (drums); Bart Hendrickson (programming).
Audio Mixers: Chris Lord-Alge; Andrew Schubert; Brad Townsend.
Recording information: NRG Recording, North Hollywood, CA; Studio Can-Am, Tarzana, CA.
Photographer: P.R. Brown.
Serving as a kind of reintroduction to the band, Escape the Fate's third album, the eponymous Escape the Fate, draws a line between the group's beginnings and its new life on a major label. Stepping up to the big leagues (in this case, Geffen) has definitely had an impact on Escape the Fate's sound. They worked with Linkin Park producer Don Gilmore here, resulting in their slickest and most "produced"-sounding album to date, with lots of electronic ambience and editing tricks working together to craft a highly polished yet darkly foreboding atmosphere. Helping to cultivate this ominous feeling is a shift in the band's songwriting. While Escape the Fate are still an incredibly tight band, these songs feel like they're more about impact than melody, with more of a focus on heavy, hard rock riffs than the tried and true driving pop harmonies of their first two albums. Fortunately for their fans, Escape the Fate handle change well, tweaking things enough that they sound fresh, but not so much that they're completely unrecognizable from the band they used to be, creating a new listening experience for fans both new and old. ~ Gregory Heaney

Escape The Fate
Dying Is Your Latest Fashion
$11.80
Add to Cart

Falling in Reverse
Just Like You
$11.80
Add to Cart

Escape The Fate
Dying Is Your Latest Fashion
$14.50
Add to Cart