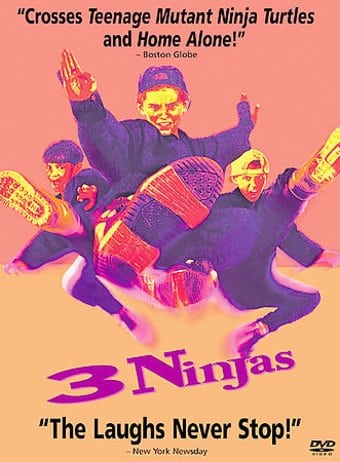 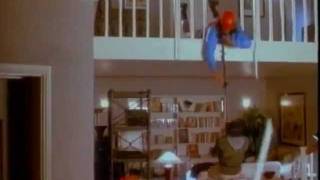 Three brothers must use their martial arts skills to battle an organized crime ring, would-be kidnappers, and an entire troop of ninja soldiers. Surrounded by danger and excitement, the boys must rely on their wits and their grandfather's ninja training to defeat their foes.

3 Ninjas
Here's the exciting action-adventure hit that sparked ninja-mania with audiences everywhere! After an organized crime ring proves to be too much for the FBI, it's time for the 3 NINJAS! They're three brothers trained in the ways of the ninja. And the fun kicks off when the action kicks in! Using their martial arts skills, they team up to battle the crime ring and outwit some very persistent kidnappers! Mixing the high-kicking fun of TEENAGE MUTANT NINJA TURTLES with the humorous pranks of HOME ALONE, 3 NINJAS creates a high-energy, fun-filled treat for everyone!

Three boys use their martial arts expertise to help their FBI agent dad crack a tough case involving an evil weapons mogul. Trained by their wise old grandfather in the art of ninjitsu, the youngsters fend off their ninja captors in a series of spectacular fight sequences that make up the bulk of this action adventure film for kids.

Angels In the Outfield
$5.80 Super Savings
Add to Cart