Rolling Stone: "...if there were any justice in this world, he'd be a star, not just the property of a tiny band of followers who count his records among their most prized possessions..." 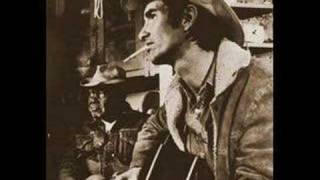 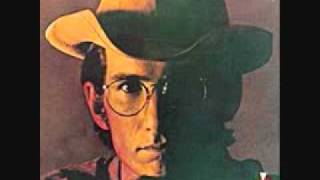 Rolling Stone - 4/1/71, pp.54-56
"...if there were any justice in this world, he'd be a star, not just the property of a tiny band of followers who count his records among their most prized possessions..."
Record Collector (magazine) - p.100
4 stars out of 5 -- "Van Zandt's thoughts are magnificent, important and majestic, taking you on a tour of the human condition."

Personnel: Townes Van Zandt (vocals, guitar); Charlie McCoy (guitar, harmonica, keyboards, bass); James Burton (guitar, dobro); David Cohen, Mike Deasy Sr., Jack Clement (guitar); Ben Bennay (harmonica); Jules Jacob (flute); Don Randi (keyboards); Chuck Domanico, Lyle Ritz, Harvey Newmark, Chuck Domanico (bass); John Clauder, Donald Frost (drums).
Producers: Kevin Eggers, Jack Clement, Jim Malloy.
Includes liner notes by Lola Scobey.
All tracks have been digitally remastered.
One of the best of Van Zandt's early albums. Like all his late-'60s/early-'70s recordings for the Poppy label, it's full of ostensibly incongruous overproduction. As on the early albums of Leonard Cohen and others, though, these light arrangements gain in hindsight, via their earnest elegance and the contrast they provide to the songwriter's dark visions. It sounds as though Townes' handlers were intent on marketing him as some strange combination of Bob Dylan, Glen Campbell and Bob Lind (not an entirely unjustifiable assessment), but the occasionally ominous, visionary songpoetry is too powerful too be pushed under the table by futile stabs at a hit single.
Van Zandt was an artful chronicler of the chronic depression he constantly struggled with, seldom expressed so well in song as on "Kathleen." Van Zandt's laconic country drawl keeps the dark sentiments from sounding overwrought. On "St. John the Gambler" and the Dylanesque "Why She's Acting This Way," he looks outward to describe other, equally star-crossed characters. It's not all gloom though. "Be Here to Love Me" and "Second Lovers Song" show Van Zandt's perennial but little-noted way with a tender love song.

The Palace Brothers
THERE IS NO-ONE WHAT [Vinyl]
$24.40
Add to Cart