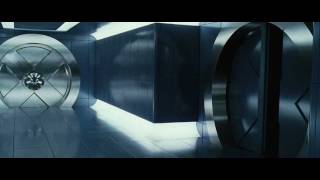 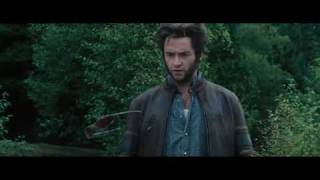 As the third installment of the X-Men series opens, the world has entered a relatively peaceful period for mutants. There's a mutant-tolerant president of the United States, a blue furry mutant named Beast (Kelsey Grammer) heading up the Department of Mutant Affairs, and Magneto's shape-shifting femme fatale, Mystique, has been captured. The tranquility is shattered by two events. Worthington Laboratories, using a powerful mutant boy, develops a serum that eliminates the "mutant X gene" permanently. This so-called "cure" quickly divides the mutant community; Professor Xavier (Patrick Stewart) and his school are willing to give the government the benefit of the doubt, but Magneto (Ian McKellen) and his mutant Brotherhood see the serum as a vile threat to their way of life. They form an army of mutants and march on the fortified Worthington Laboratory located on Alcatraz Island. A much more dire threat appears in the form of the resurrected super-mutant Jean Grey (Famke Janssen), who has succumbed to her cataclysmic Id identity known as The Phoenix. To face these menaces Wolverine (Hugh Jackman) and Storm (Halle Berry) and the younger members of the X-Men must leap into action, but they must do so without the guidance of Professor Xavier--in a showdown with the powers of The Phoenix, his mind-control powers proved insufficient.

To his credit, new X-Men director Brett Ratner emulates the style and tone struck by Bryan Singer (director of the two previous films) by combining outrageous special effects and hyperkinetic action sequences with earnest soul-searching and mutant "issues" that are clearly meant to parallel the political hot-button topics of tolerance, prejudice, power, and responsibility.