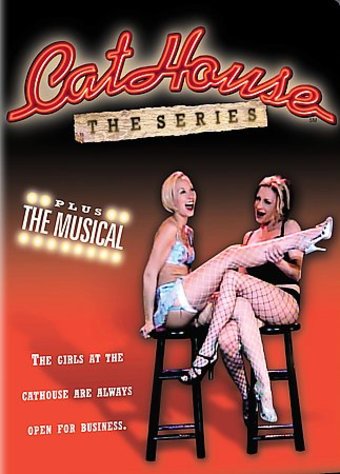 This HBO series takes viewers inside the Moonlite Bunny Ranch, one of Nevada's most popular legal brothels. Like the documentaries that preceded it--CATHOUSE and CATHOUSE 2: BACK IN THE SADDLE--the show offers a revealing look at the sex industry and what attracts both workers and clients to it. Hidden cameras allow a privileged view of the working girls' negotiations with their customers, as well as the explicit action that follows. But while bordello life might appear glamorous, this 24-hour stop for hedonism can also seem strangely like any other workplace--stocked with bitter employees, annoying customers, and meddlesome management. Men, women, open-minded couples, and everything in between saddle up in this collection that presents all 17 episodes of the adult documentary series.

50%off
Creature Comforts - Merry Christmas Everybody! (DVD)
$4.98 on Sale
Add to Cart