Q: 4 Stars - Excellent - "...the most graceful, musically, and melodic of the West Coast psychedelic bands..." 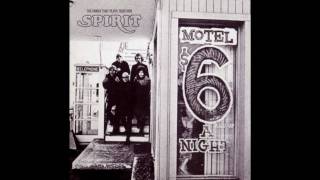 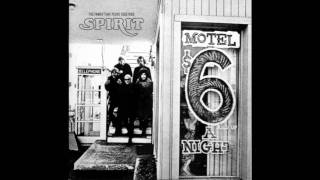 The 1996 reissue of THE FAMILY THAT PLAYS TOGETHER includes 5 tracks that were not included on the original release: "Fog," "So Little To Say," "Mellow Fellow," "Now Or Anywhere" and "Space Chile."
Spirit: Randy California (vocals, guitar); Mark Andes (vocals, bass); Jay Ferguson (vocals, percusion); John Locke (keyboards); Ed Cassidy (drums, percussion).
Compilation producer: Bob Irwin.
Recorded between March 11, 1968 and September 18, 1968.
Includes liner notes by Randy California.
Spirit's second album continued the band's melding of rock, folk, and jazz elements. It includes the group's biggest hit, "I Got a Line on You," which still sounds fresh decades after its release. Producer Lou Adler brought in noted jazz arranger Marty Paich to orchestrate a number of the set's songs, including the dazzling "Aren't You Glad," which features fuzzy and sustained guitar notes flying through a classically rendered piano figure. Underneath, a bed of strings drifts in like weather, powered by a propulsive beat and shower of hooks. As is the case with Spirit's self-titled debut, THE FAMILY THAT PLAYS TOGETHER finds Spirit at the exuberantly confident upswing of its career. This winning original lineup stayed together for two more albums (CLEAR and the masterly TWELVE DREAMS OF DR. SARDONICUS) before disbanding.