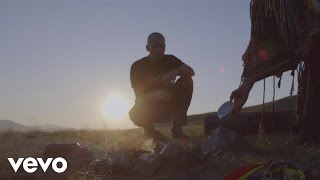 Discover how Rene Perez, AKA Residente, evolved from struggling art student into the founder of Latin America's most influential rap group, Calle 13, and became one of Latin America's most outspoken critics of injustice and corruption. Inspired after mapping out his DNA, Residente left the group the peak of its success to embarked on a new project through Siberia, the Caucasus, China and West Africa in order to trace the footsteps of his ancestors. Music becomes the primary focus, framing each destination and informing every conversation.
This product is made-on-demand by the manufacturer using DVD-R recordable media. Almost all DVD players can play DVD-Rs (except for some older models made before 2000) - please consult your owner's manual for formats compatible with your player. These DVD-Rs may not play on all computers or DVD player/recorders. To address this, the manufacturer recommends viewing this product on a DVD player that does not have recording capability.

April and the Extraordinary World
$13 Super Savings
Add to Cart

48%off
The Beatles
Their Golden Age
$5.20 Super Savings
Add to Cart