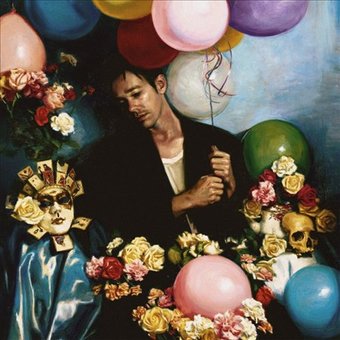 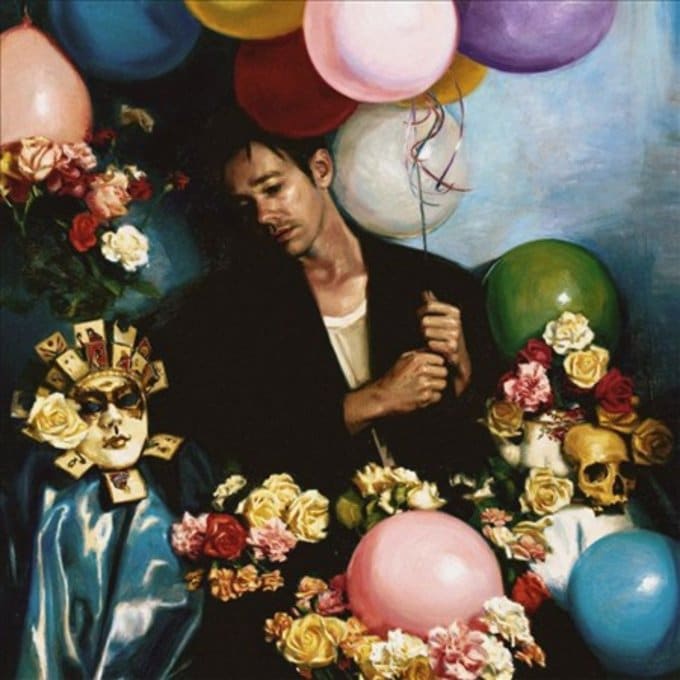 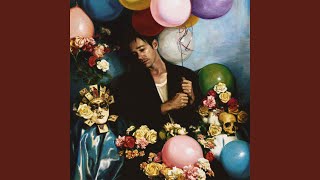 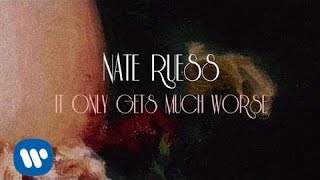 Nate Ruess: It Only Gets Much Worse (LYRIC VIDEO) (Music Video)

Rolling Stone
3.5 stars out of 5 -- "Fun. co-producers Jeff Bhasker and Emile Haynie help Ruess create richly orchestrated bombast with the right amount of sonic wanderlust."
Billboard - "'Brightside' is a glass-half-full guide to the brokenhearted. Beck shows up for 'What This World Is Coming To,' a warm, Laurel Canyon sunrise of a duet..."

Recording information: Ashwoods, Stockholm; Electric Lady Studioss, Stockholm; Emilie's, Stockholm; Ingrid Studioss, Stockholm; Judios Studioss, Stockholm; Nichols Canyon Houses, Stockholm; Ocean Way Studioss, Stockholm; RAK Studios, London; Studio De La Grande Arm‚e, Paris; The Villages, Stockholm; Vox Studioss, Stockholm.
Photographer: Teresa Oaxaca.
If there's one thing that's clear about Nate Ruess based on his debut solo album, 2015's Grand Romantic, it's that he's in love, and he wants you to know all about it. Purportedly inspired by his relationship with designer Charlotte Ronson (sister of DJs Samantha and Mark), Grand Romantic is a fittingly grandiose, occasionally silly, passionately effusive, and ultimately very catchy album. As the lead singer of Fun., Ruess has built a fan base with songs that manage to combine the bombastic pomp of '80s arena rock, the sample aesthetic of hip-hop, and the earnestness of emo, adult contemporary, and singer/songwriter pop. Grand Romantic is no different, and often sounds like something along the lines of a Kanye West-meets-Beach Boys-themed Glee episode. Working with producers Jeff Bhasker (West, Bruno Mars, Alicia Keys) and Emile Haynie (Lana Del Rey, Kid Cudi), Ruess has crafted a concept album of sorts revolving around the glory of love -- or at least, the glory of falling in love again after having your heart broken. Think of it as an antidote to the melancholy breakup anthems of contemporaries like Adele and Sam Smith. Musically, cuts like the melodic "What This World Is Coming To" (a duet with Beck) and the sparklingly exuberant "Harsh Light" bring to mind the dynamic '80s nerd rock of bands like REO Speedwagon and ELO. Elsewhere, tracks like the yearning "Moment" and the dramatic title track, with their piano and orchestral flourishes, are so ornately celebratory, they're more akin to a Muppet Movie version of Elton John. Which isn't a bad thing. Vocally, even when he sounds on the verge of tears, as on "It Gets Much Worse," Ruess always commands your attention. Especially on the final track, "Brightside" -- with Ruess cooing a high-pitched baby-talk refrain of "Looka'chooo! Looka'chooo!" against a banner of harmonized "la la la's" -- Grand Romantic is the sound of a guy who is desperately, and yes, often embarrassingly in love. So much so, that the album will probably either leave you reeling with joy from the intensity of Ruess' romantic fervor, or somewhat queasy from the off-gassing. Either way, it's almost impossible not to get caught up in his majestic pop swoon. As he sings on "Harsh Light," "Nothing here is bringing me down." ~ Matt Collar